"In her book What’s the Story (2014), legendary postmodern theatre director Anne Bogart reflects on the contemporary power of story in theatre and life alike. Among Bogart’s multidisciplinary musings are scientific ones about the brain’s proven reaction to narrative. In this conversation, Bogart talks with Yale psychologist and neuroscientist Hedy Kober about our minds’ biological response to, and empathy for, the stories of others."
Posted by Ezzat Goushegir at 6:30 PM No comments:

Trees have their own Songs

Meet the biologist who says trees have their own songs

"I do think a tree is not really an individual, it's a community. It's formed in a network."

Posted by Ezzat Goushegir at 11:48 AM No comments:

My Interview with Helene Cixous, French Theorist and Philosopher

Posted by Ezzat Goushegir at 3:01 PM No comments:

Love is more thicker than forget

Read about the Poem.
Posted by Ezzat Goushegir at 12:34 PM No comments:

Posted by Ezzat Goushegir at 4:57 PM No comments:

She had the face of an angel or perhaps that of a very young Madonna. It shone
with a pale, almost divine, light, accented by her ochre scarf. Her ageless gaze was filled with the peaceful silence of this interior dialogue that one calls spirituality, far from dogmas and rituals. It is undoubtedly part of the path of consciousness of the world and humanity, that should be the first lesson of life.
#4
Dear friends,
In these times which force us to withdraw from the world ...
Let's weave a virtual link of words and images.
One day we will open the window to the beauty of the world again. 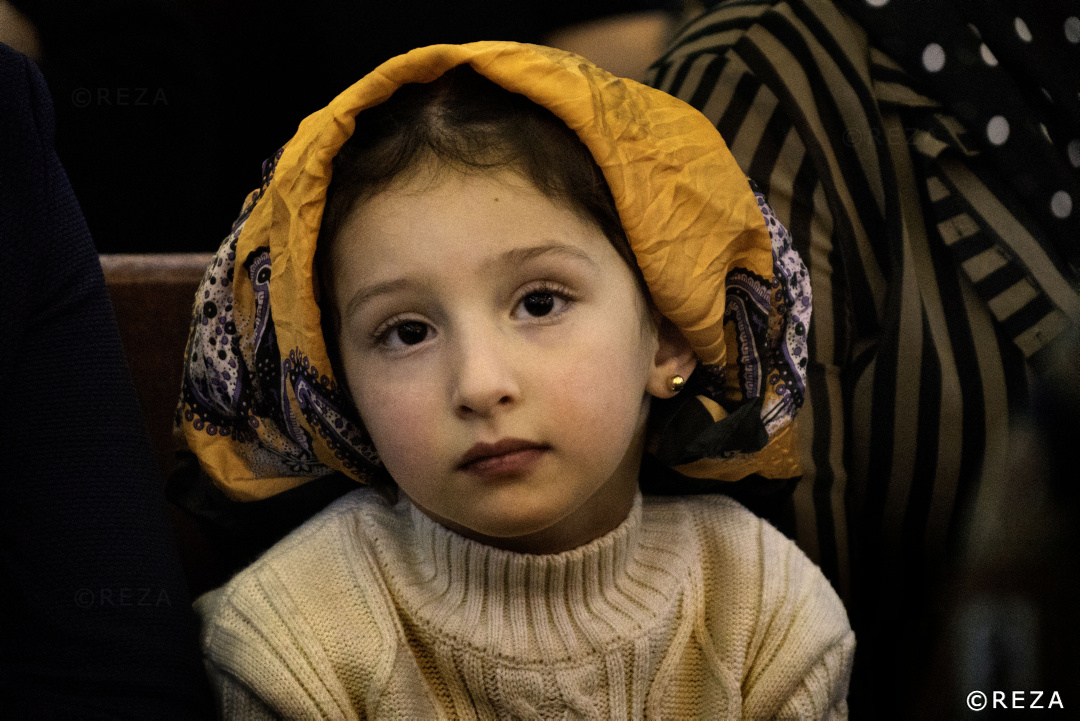 Guide to the Classics: Albert Camus’ The Plague

"Like people anywhere else, the Oranians are completely unprepared when rats begin emerging from the sewers to die in droves in streets and laneways. Then, men, women and children start to fall ill with high fever, difficulties breathing and fatal buboes.

The people of Oran initially “disbelieved in pestilences”, outside of the pages of history books. So, like many nations in 2020, they are slow to accept the enormity of what is occurring. As our narrator comments drily: “In this respect they were wrong, and their views obviously called for revision.”

The numbers of afflicted rise. First slowly, then exponentially. By the time the plague-bearing spring gives way to a sweltering summer, over 100 deaths daily is the new normal."
Posted by Ezzat Goushegir at 3:46 PM No comments:

"The White Disease (Czech: Bílá nemoc) is a play written by Czech novelist Karel Čapek in 1937. Written at a time of increasing threat from Nazi Germany to Czechoslovakia, it portrays a human response to a tense, prewar situation in an unnamed country that greatly resembles Germany with one extra addition: an uncurable white disease, a form of leprosy, is selectively killing off people older than 45. It was adapted as the film Skeleton on Horseback by Hugo Haas. "

"A disease called White disease is spreading in the country and elsewhere in Europe. It kills its victims usually within a span of a year. People all over the place are totally terrified. However, the government, led by a dictator Marshal, is busy preparing for a war of conquest and does not really care. They figure that the youth are not susceptible, and the youth are the traditional mainstay of the regime in any event. If the adults are going to die, too bad for them."


"In their introduction, translators Peter Majer and Cathy Porter write: ‘The White Plague (1937) [is] a savage and anguished satire against fascist dictatorship. The action is set in an unnamed country and under its dictator, the Marshal, the population is poised for the final war which will conquer the world. Science, medicine and production are ruled by fiat, and dissent is ruthlessly suppressed. But people are dying by the thousand from a mysterious epidemic for which nobody knows the cure. The disease slays soldiers, rulers and workers alike, depleting the labour force and jeopardising production . . . A humanist by nature, Čapek struggled to understand the psychology of his time, joining the front line of journalists and intellectuals fighting for democracy and against the infamous Munich pact . . . But he was already being attacked by Czech and German fascists at public meetings and in the press, and The White Plague made him more enemies.'
The White Plague was first performed and published in Czech in 1937, the year before Čapek’s death at the age of 48."
Read less
Posted by Ezzat Goushegir at 10:22 AM No comments:

On Coronavirus, Quarantine and Theatre

"Joe Hill (October 7, 1879 – November 19, 1915), born Joel Emmanuel Hägglund and also known as Joseph Hillström, was a Swedish-American labor activist, songwriter, and member of the Industrial Workers of the World (IWW, familiarly called the "Wobblies"). A native Swedish speaker, he learned English during the early 1900s, while working various jobs from New York to San Francisco.
Hill, an immigrant worker frequently facing unemployment and underemployment, became a popular songwriter and cartoonist for the union. His most famous songs include "The Preacher and the Slave" (in which he coined the phrase "pie in the sky"),[4] "The Tramp", "There Is Power in a Union", "The Rebel Girl", and "Casey Jones—the Union Scab", which express the harsh and combative life of itinerant workers, and call for workers to organize their efforts to improve working conditions."
Posted by Ezzat Goushegir at 1:03 PM No comments:

" In January 1941, Albert Camus began work on a story about a virus that spreads uncontrollably from animals to humans and ends up destroying half the population of “an ordinary town” called Oran, on the Algerian coast. “The Plague,” published in 1947, is frequently described as the greatest European novel of the postwar period."

"This is what Camus meant when he talked about the “absurdity” of life. Recognizing this absurdity should lead us not to despair but to a tragicomic redemption, a softening of the heart, a turning away from judgment and moralizing to joy and gratitude."
Posted by Ezzat Goushegir at 10:36 AM No comments:

"An analysis of Albert Camus' The Plague.

"Everybody knows that pestilences have a way of recurring in the world; yet somehow we find it hard to believe in ones that crash down on our heads from a blue sky. There have been as many plagues as wars in history; yet always plagues and wars take people equally by surprise." Albert Camus, The Plague
Posted by Ezzat Goushegir at 5:49 PM No comments:

A Journal of the Plague Year

A Journal of the Plague Year, by Daniel Defoe


" Shutting up of the House.
‘If any person shall have visited any man known to be infected of the plague, or entered willingly into any known infected house, being not allowed, the house wherein he inhabiteth shall be shut up for certain days by the examiner’s direction."


Posted by Ezzat Goushegir at 9:49 AM No comments:

“The art of seeing has to be learned.”

Great illustrations!
Posted by Ezzat Goushegir at 8:52 AM No comments:

A review on Divided Loyalties by Nilofar Shidmehr

“Mother, A Cradle to Hold Me” by Maya Angelou

To the memory of my mother. April 4th.

“Mother, A Cradle to Hold Me”
by Maya Angelou

“It is true
I was created in you.
It is also true
That you were created for me.
I owned your voice.
It was shaped and tuned to soothe me.
Your arms were molded
Into a cradle to hold me, to rock me.
The scent of your body was the air
Perfumed for me to breathe.
Posted by Ezzat Goushegir at 11:12 AM No comments:

Man to Man
by Manfred Karge, translated by Anthony Vivis
"What lengths would you go to to put the next meal on the table?
As the Nazis come to power in Germany, a young widow discovers that her only means of survival is to take on her dead husband’s job and with it his identity. Her struggle to maintain this extraordinary deception for over forty years forms the focus of this hauntingly poetic and utterly gripping one-woman tour-de-force.
This is a rare British production of Manfred Karge’s enthralling play that premièred at the Traverse in 1987, catapulting Tilda Swinton to fame."
Posted by Ezzat Goushegir at 11:02 AM No comments:

A letter of Hope

"Dear Mr. Nadeau:
As long as there is one upright man, as long as there is one compassionate woman, the contagion may spread and the scene is not desolate. Hope is the thing that is left to us, in a bad time. I shall get up Sunday morning and wind the clock, as a contribution to order and steadfastness.
Sailors have an expression about the weather: they say, the weather is a great bluffer. I guess the same is true of our human society — things can look dark, then a break shows in the clouds, and all is changed, sometimes rather suddenly. It is quite obvious that the human race has made a queer mess of life on this planet. But as a people we probably harbor seeds of goodness that have lain for a long time waiting to sprout when the conditions are right. Man’s curiosity, his relentlessness, his inventiveness, his ingenuity have led him into deep trouble. We can only hope that these same traits will enable him to claw his way out.
Hang on to your hat. Hang on to your hope. And wind the clock, for tomorrow is another day.
Sincerely,"
E. B. White
Posted by Ezzat Goushegir at 9:57 AM No comments: 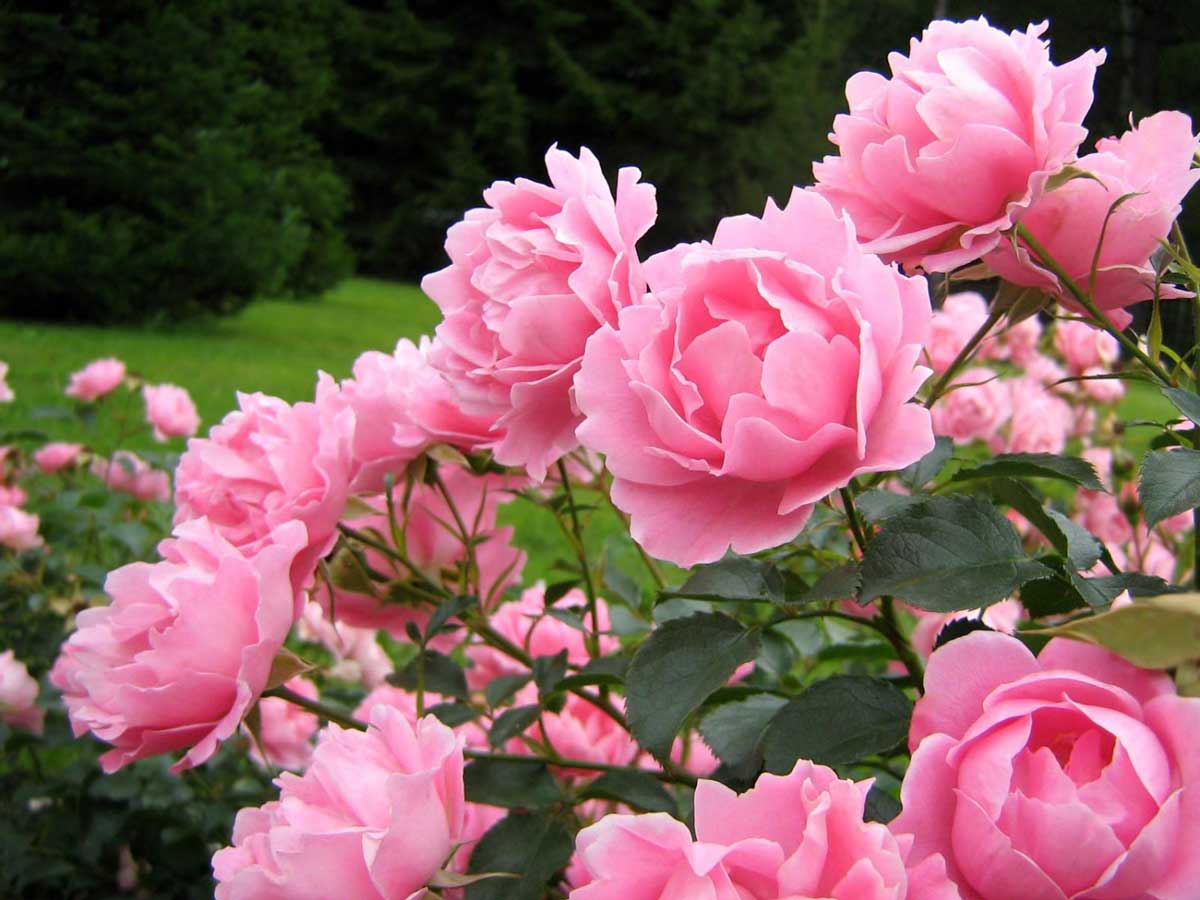 Posted by Ezzat Goushegir at 10:53 AM No comments:

Ida  "is a 2013 drama film directed by Paweł Pawlikowski and written by Pawlikowski and Rebecca Lenkiewicz. Set in Poland in 1962, it is about a young woman on the verge of taking vows as a Catholic nun. Orphaned as an infant during the German occupation of World War II, she must now meet her aunt." 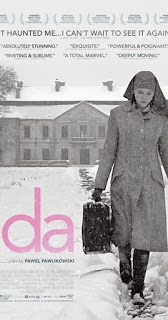 Posted by Ezzat Goushegir at 7:41 PM No comments: