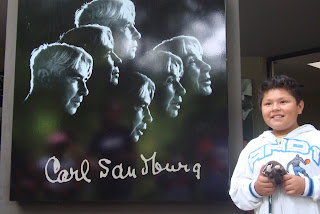 Watch "The Day Carl Sandburg Died" , a documentary based on the life of the great American poet.

TEN minutes now I have been looking at this.
I have gone by here before and wondered about it.
This is a bronze memorial of a famous general
Riding horseback with a flag and a sword and a revolver
on him.
I want to smash the whole thing into a pile of junk to be
hauled away to the scrap yard.
I put it straight to you,
After the farmer, the miner, the shop man, the factory
hand, the fireman and the teamster,
Have all been remembered with bronze memorials,
Shaping them on the job of getting all of us
Something to eat and something to wear,
When they stack a few silhouettes
Against the sky
Here in the park,
And show the real huskies that are doing the work of
the world, and feeding people instead of butchering them,
Then maybe I will stand here
And look easy at this general of the army holding a flag
in the air,
And riding like hell on horseback
Ready to kill anybody that gets in his way,
Ready to run the red blood and slush the bowels of men
all over the sweet new grass of the prairie.

Posted by Ezzat Goushegir at 9:04 PM No comments:

Bill Moyers & Company Glenn Greenwald tells Bill we need to investigate why so many people are willing to risk lives and liberty to bring violence to America.
Posted by Ezzat Goushegir at 8:57 PM No comments:

The Pain is Unbearable!


Posted by Ezzat Goushegir at 10:41 PM No comments: 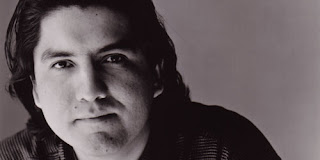 “I know a lot more about being white than you know about being Indian,” Alexie tells Bill
Posted by Ezzat Goushegir at 10:25 PM No comments:

A documentary film on Simin Daneshvar the prominent Iranian novelist. 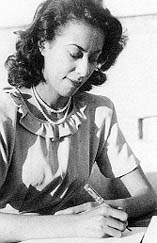 Posted by Ezzat Goushegir at 10:13 PM No comments:

The unprecedented level of economic inequality in America is undeniable. In an extended essay, Bill shares examples of the striking extremes of wealth and poverty across the country, including a video report on California’s Silicon Valley. There, Facebook, Google, and Apple are minting millionaires, while the area’s homeless — who’ve grown 20 percent in the last two years — are living in tent cities at their virtual doorsteps.
“A petty, narcissistic, pridefully ignorant politics has come to dominate and paralyze our government,” says Bill, “while millions of people keep falling through the gaping hole that has turned us into the United States of Inequality.”

Posted by Ezzat Goushegir at 5:02 PM No comments:

War!
".....Iraqi bodies will be dealing with the consequences for generations to come in the form of birth defects, mysterious illnesses and skyrocketing cancer rates."

Posted by Ezzat Goushegir at 9:00 PM No comments:

Today is Gustav Vigeland's birthday!
Gustav Vigeland (11 April 1869 – 12 March 1943) was a  Norwegian sculptor  who occupies a special position among Norwegian sculptors, both in the power of his creative imagination and productivity. He is most associated with the Vigeland Sculpture Arrangement  in  Frogner Park, Oslo and was also the designer of the Nobel Peace Prize medal.


Astonishing human figures in the park. Last summer in a rainy day in Oslo!
Posted by Ezzat Goushegir at 11:32 PM No comments:

Nonviolence Roundtable at the Museum of Contemporary Art Chicago 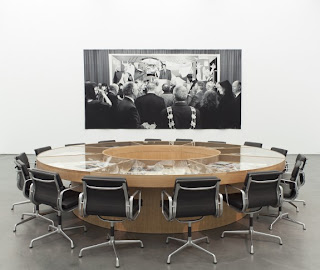 Resisting Death from Above

Ken Butigan: "Guernica calls us to continue this resistance to death from above — including by building the anti-drone movement — and to all the relentless forms of death at ground level. And this will depend, in part, on more conversations about nonviolence."
Posted by Ezzat Goushegir at 11:16 PM No comments: 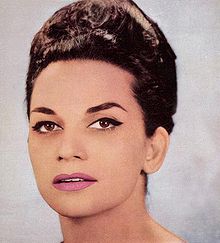 Monir Vakili's lullaby.
A reproduction of the original "Chants Et Danses De Perse". A stunning collection from Monir Vakili, Iran's First Lady Of Opera. With the help of modern technology, Monir Vakili's daughter ZaZa and grandchildren, Arian Saleh and Alexandra Monir come together in this exotic and nostalgic journey into the folklore of Persia.

Posted by Ezzat Goushegir at 12:55 PM No comments: