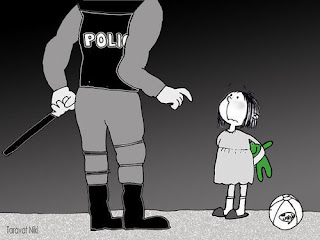 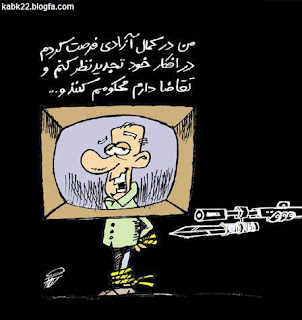 Posted by Ezzat Goushegir at 8:11 PM No comments: 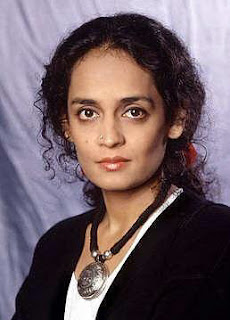 Arundhati Roy the author of The God of Small Things and her latest essay collection, "Field Notes on Democracy: Listening to Grasshopper" in an interview by Democracy Now speaks on the Human Costs of India’s Economic Growth, the View of Obama from New Delhi, and Escalating US Attacks in Af-Pak: 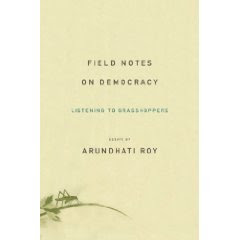 ANJALI KAMAT: Arundhati, years ago, under the Bush administration, you called yourself a “subject of empire.” Today, can you talk about what Obama’s America looks like from India, from New Delhi, as the Obama administration expands the war from Afghanistan into Pakistan?

ARUNDHATI ROY: Well, I think, you know, when people would ask me what I thought of Obama, I said I hope that he would land the American empire gently, like the pilot who landed the—who crash-landed the plane in the Hudson.

Yes, he’s expanding the war in Afghanistan. I think, basically, people, including Obama, just don’t know what to do in Afghanistan, and expanding the war is certainly not going to end that war or create any kind of just peace in that region. It’s, in fact, going to exacerbate the situation, draw Pakistan into it, and when Pakistan is drawn into it, so will India, and so on. So it goes. Read More...
Posted by Ezzat Goushegir at 4:09 PM No comments:

G20 in Pittsburgh...
I received this video in an email with this title: "Where did America go?!!! I just watched this holding my breath in shock!"
Thanks Joel!
Posted by Ezzat Goushegir at 2:37 PM No comments:

Nearly 200 arrested in Pittsburgh. Watch or read in Democracy Now
Posted by Ezzat Goushegir at 2:04 PM No comments: 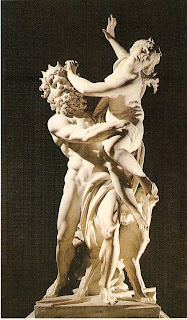 From one room to another
I only hear the breathe of darkness
Posted by Ezzat Goushegir at 12:35 AM No comments:

President Zelaya and the Audacity of Action

Capitalism, a Love Story a film by Michael Moore. Watch an interview with Moore in Democracy Now.
After 20 Years of Filmmaking on US Injustices, Michael Moore Goes to the Source in “Capitalism: A Love Story”

"Beginning with the 1989 classic Roger & Me, the Academy Award-winning director Michael Moore says his films “come back to this central core concern, which is the economic system we have is unfair, it’s unjust, it’s not democratic.” With his new film, Capitalism: A Love Story, Moore tackles the financial system and the interchanging circles of Washington politicians and corporate managers that run it. Moore says, “I thought I’d just cut to the chase and propose that we deal with this economic system and try to restructure it in a way that benefits people and not the richest one percent." Read more
Posted by Ezzat Goushegir at 6:26 PM No comments: 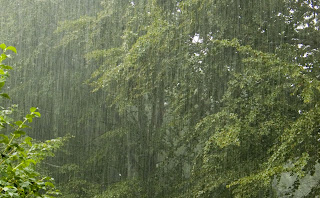 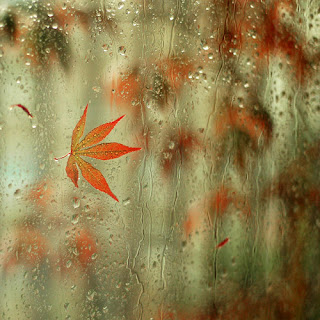 Posted by Ezzat Goushegir at 5:54 PM No comments: 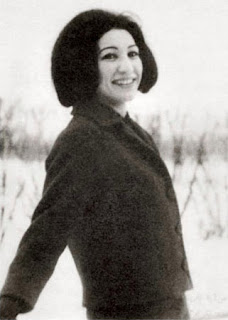 Protesters transform Jerusalem Day Into Iran Day.
They cried for separation of religion and state.
Posted by Ezzat Goushegir at 10:51 PM No comments:

Waiting for the Barbarians 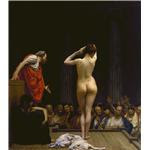 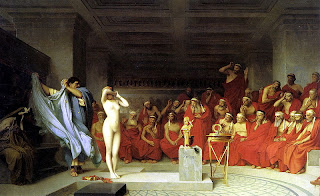 "Phryne before the Areopagus" by Jean-Léon Gérôme, 1861 Click on the picture to see it larger.

Waiting for the Barbarians
A poem by Constantine Cavafy

What are we waiting for, assembled in the forum?

The barbarians are due here today.

Why isn't anything going on in the senate?
Why are the senators sitting there without legislating?

Why did our emperor get up so early,
and why is he sitting enthroned at the city's main gate,
in state, wearing the crown?

Because the barbarians are coming today
and the emperor's waiting to receive their leader.
He's even got a scroll to give him,
loaded with titles, with imposing names.
Read more... 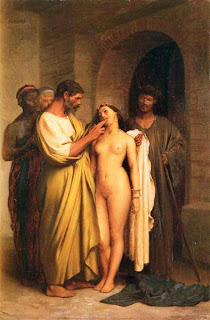 Read a novel “ Waiting for the Barbarians” inspired by this poem by J M Coetzee.
"The story is set in small frontier town of a nameless empire. The town's magistrate is the story's main protagonist and narrator. His rather peaceful existence on the frontier comes to an end with the arrival of some special forces of the Empire, led by a sinister Colonel Joll. There are rumours that the barbarians are preparing an attack on the Empire, and so Colonel Joll and his men conduct an expedition into the land beyond the frontier. They capture a number of "barbarians," bring them back to town, torture them, kill some of them, and leave for the capital in order to prepare a larger campaign against the barbarians. In the meantime, the Magistrate becomes involved with a "barbarian girl" who was left behind crippled and blinded by the torturers. Eventually, he decides to take her back to her people. After a life-threatening trip through the barren land he succeeds in his objective and returns to his town. Shortly thereafter, the Empire's forces return and the Magistrate's own plight begins."

Author Rian Malan has said about Coetzee's personality that: "He is a man of almost monkish self-discipline and dedication. He does not drink, smoke or eat meat. He cycles vast distances to keep fit and spends at least an hour at his writing-desk each morning, seven days a week. A colleague who has worked with him for more than a decade claims to have seen him laugh just once. An acquaintance has attended several dinner parties where Coetzee has uttered not a single word." 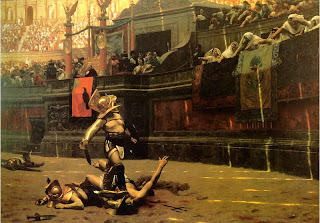 Pollice Verso (1872) Click on the picture to see it larger.

A quote from Coetzee:

The Cost of War

The Cost of War!
Watch this new documentary: Rethink Afghanistan by Robert Greenwald
Posted by Ezzat Goushegir at 4:36 PM No comments: 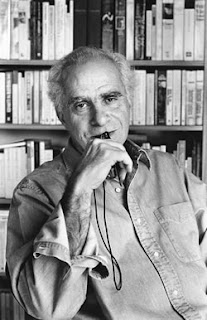 Read an excerpt of Anonymous Celebrity by Ignácio de Loyola Brandão translated by Nelson Vieira. And listen to John Powers' review of this book. 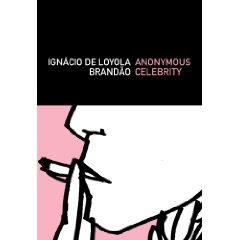 "It's delicious not to be ordinary. Not to be a common man.
Not to have good sense.
Not to be levelheaded, decent,restrained. And, therefore, stupid. Ignorant.
Not to be sensible (what a horrible word), and therefore foolish. Silly.
Not to be the same as everyone else. To separate oneself from the masses (it rhymes with asses) who live a humdrum, morbid, sickening daily life. You've all probably read how the extraordinary, the famous, the celebrated, the legendary all suffer. They're anxious. The price of fame is too high! It's not worth it! But that all just comes from jealousy. Resentment.
Makes you want to laugh. Burst out laughing.

Sure, we suffer. But we suffer differently. We suffer with pleasure. People follow all our problems in the newsour depressions, headaches, our cheating and being cheated on, our sadness, unhappiness, sickness, pain. People read the papers and are on our side. It's lovely."
Read more...
Posted by Ezzat Goushegir at 12:42 PM No comments:

An Unwinnable War! War in Afghanistan. Women of Afghanistan.
Posted by Ezzat Goushegir at 8:48 AM No comments: 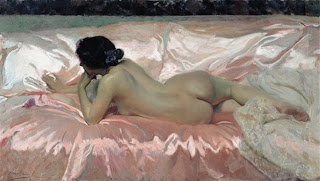 My sister was fascinated by Joaquin Sorolla's painting, Desnudo de mujer published in Haper's magazine. And I do too!
Watch this video.
Posted by Ezzat Goushegir at 10:44 PM No comments:

A Tribute to My Father

In September 1986, when Iran-Iraq war was still going on, my father Dr. S.M. Goushegir passed away in a hospital in Dezful. Dezful was still bombarded by Saddam’s army forces, and one of my brothers who is a physician stayed in the city and helped the injured people... Those indigent people who had resisted the enemy with their presence. ..Or perhaps... had no place to go! 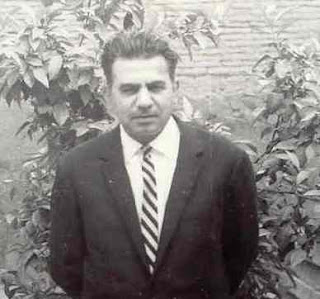 My father was not only a great humanist, but a devoted physician, poet, writer, political activist, researcher and a remarkable father.

My Father always paid respect to his friends Dr. Robert Schwab and Dr. Albert England by hanging their pictures in his office behind his desk.

His publications:
1- The Nurse (A novella)
2- Parkinson's disease and its treatment
3- A path to God (Biography of Sayed kashef Dezfuli, the prominent mystic)
4- A volume of poetry 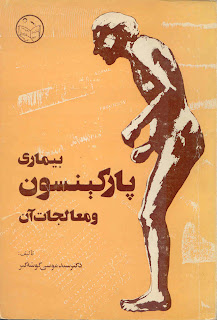 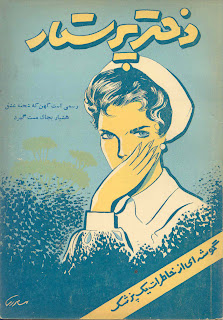 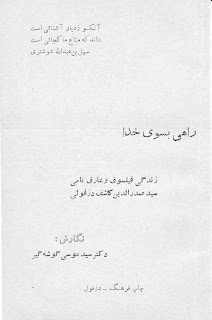 Thanks to my brother who sent me the pictures.

My father with the members of Iran Toilers Party.
Posted by Ezzat Goushegir at 6:39 PM 3 comments:

"Pulitzer prize–winner Chris Hedges charts the dramatic and disturbing rise of a post-literate society that craves fantasy, ecstasy and illusion.

Chris Hedges argues that we now live in two societies: One, the minority, functions in a print-based, literate world, that can cope with complexity and can separate illusion from truth. The other, a growing majority, is retreating from a reality-based world into one of false certainty and magic. In this “other society,” serious film and theatre, as well as newspapers and books, are being pushed to the margins.

In the tradition of Christopher Lasch’s The Culture of Narcissism and Neil Postman’s Amusing Ourselves to Death, Hedges navigates this culture — attending WWF contests as well as Ivy League graduation ceremonies — exposing an age of terrifying decline and heightened self-delusion. --This text refers to an out of print or unavailable edition of this title."

Thanks J!
Posted by Ezzat Goushegir at 5:52 PM No comments:

A Film By Abbas Kiarostami

Watch "First Case, Second Case" a film by Abbas Kiarostami. This film was made in 1980, and somehow reminds me of Bertolt Brecht's play "He Who Said Yes, He Who Said No". It's 47:11 minutes and in Persian.
It's very relevant to a certain political situation in any societies.
Posted by Ezzat Goushegir at 11:11 PM No comments: 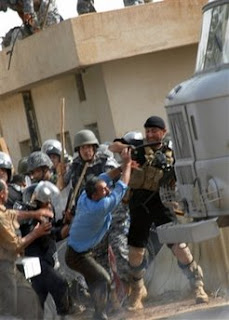 Bloodshed in Camp Ashraf where Iranian exiles live in Iraq for over 2 decades!

"The women formed a human chain while the men chanted, confronting Iraqi troops moving into their compound. Gunfire rang out, and the soldiers waded in with batons, wooden bats and automatic weapons.
By the end, officials said, 11 Iranian exiles were dead — shot, beaten or run over by military vehicles.

Throughout the confrontation, American soldiers who once protected the Iranian opposition group stood by. According to U.S officials, they had no legal authority to intervene. One video taken by the exiles even shows soldiers get into a white SUV and roll up their windows as the bloodied men plead for help."
Read More...
Posted by Ezzat Goushegir at 8:18 PM No comments: