In this painful period of history, sometimes we should forget the reality....with joy.... 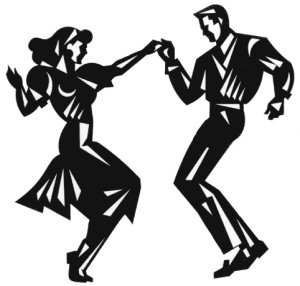 Memories in Dispora # 293, in Shahrvand Publications.
Posted by Ezzat Goushegir at 5:50 PM No comments:

The Anonymous Goddesses of the Philippines 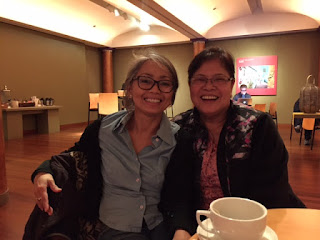 Poverty brought me to Hong Kong
Singapore, Saudi Arabia, London and Italy.
I infused into my tongue the different idioms.
I tuned my body to different beats,
Movements and sounds of submission,
Answering,
Obeying.
I studied how to show
I understood the explanation,
The order,
The instruction.

Careful, might make a mistake-
This is the destiny of one who has a servant,
Now to serve in a foreign land.

The memory clenched in mind
That afternoon at the airport:
Do you have a visa for your destination?
Where is your passport?
Harry, show me! Show me!
Maybe your documents are fake,
Maybe you are illiterate,
Maybe you are stupid.

Lucid in memory
That afternoon at the airport:
If short, dark, and flat-nosed,
Surely a servant!
You cannot make a mistake
IDs decorate the luggage,
Bringing only boxes.
Departing to/arriving from Qatar, Iraq, or Bahrain,
For riyals or dinars.

Lucid in memory
………
This is an excerpt of a poem published in Invitation of the Imperialist.
P: 14
*(Acronym for Overseas Contract Worker) 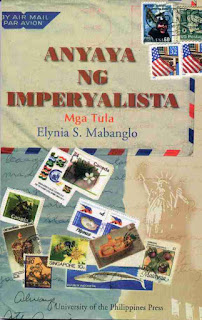 I first met Dr. Ruth Elynia  Mabanglo, the prominent Filipina poet and scholar,  in Iowa City, International Writing Program, in 1987. Our friendship developed through times. Years later, Elynia settled in Hawaii and taught Tagalog language and Philippine literature in the University of Hawai’i at Monoa in the Department of Hawaiian and Indo-Pacific languages and Literatures.

She is a multiple awardee of the Carlos Palanca Memorial Awards for Literature, the 1992 Commission on Filipino Language, and the Manila Critics Circle 1990 National Book Award for “The Letters of Pinay”.

After years, we met again in Manila in 2014, where she gave me her new bilingual book “Invitation of the Imperialist/Anyaya ng Imperialista”. I knew her poetry has long been recognized in the Philippines and I wanted to read her poems with special consideration.  I read the book and found it stunningly beautiful and devastating in language, political views, and historical evidence. This collection of poetry offers haunting experiences of Filipina women from all aspects of life, from Filipina overseas contract workers to sex slaves or domestic helpers.

Roderick Niro Labrador, translator/collaborator of this book describes R.E. Mabanglo in the introduction as a revolutionary feminist poet. She admits that the reader "cannot be fully satisfied with translations for they are unable to completely capture the cultural, historical, political and linguistic nuances" of the original.

In a book review, Lenny MendozaStrobel explains that “Her poems are fire; get close enough and you get scorched. The strong and brave can withstand the searing truth of these poems but the weak and fainthearted can take shelter as the truth is spoken for them and with them here, their cause taken up by a woman warrior of words.”

“Invitation of the Imperialist as the title poem, is based on a poet's experience of being invited to a benefactor's mansion and the poet soon realizes that she is to be symbolically devoured in the guise of being the honored guest of the imperialist. The tense dialogue between benefactor and poet signifies the
U.S.-Philippine relationship which first came into being as "benevolent assimilation" at the turn of the century. The gnawing, biting, chewing of the poet/guest's body parts alludes to this struggle between colonizer and colonized. Yet the warrior of words grows back her thumbs and fingers after each bite promising: On millions of paper/Unit they become rising fists/Hands that cannot be counted:/Subverting you/Suffocating you/Smothering You. (p. 13)

The rest of the poems are about the heartrending stories of Filipinas who as overseas workers, domestic helpers, entertainment workers (e.g. Japayuki in Japan), mail order brides, nannies many often become victims of rape, abuse, murder, exploitation, unjust working conditions, and always enduring the pain of leaving one's own children and family to take care of others. For Mabanglo, it is the women who suffer the most according to these poems, because they are the ones most likely to offer themselves as sacrifice in order to feed and clothe their families. The series, "A Pinay's Letter From Brunei/Hongkong/ Australia/ Singapore/ Kuwait/ U.S.," portrays the women as warriors who have met their misfortune in...” 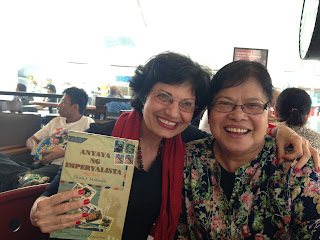 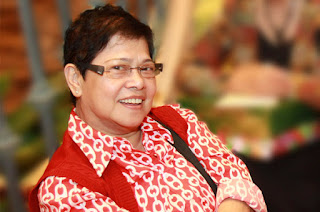 E.G:      Elynia, how would you like to introduce yourself to the international audience who know very little about you and the Philippines’ history, in a few sentences?

R.E. Mabanglo:  I am the first female poet (Filipina) in Tagalog in the Philippines. I claim this because although there were some women who wrote one or two poems in the language, I seriously pursued this endeavor till I put together the first book of poems by a woman. This book is called "Supling" (offspring) that came out in 1970.
E.G:      You’re a poet, playwright, fiction writer and scholar. It seems poetry is your main medium of literary expression. What’s poetry to you as a female poet?

R.E. Mabanglo:  Poetry is more natural to me than any other genre. One playwright once commented that poetry gets in the way of my playwriting. However, poetry to me is as natural as breathing. Its rhythm and rhymes are appealing to me. I don't even think about it.

R.E. Mabanglo:  I believe poetry chose me. It could have been my hidden school or the experiences I had that naturally formed the language I write.
E.G:      Although your poetry portrays social, political and economic realities of the Philippines’ society, but also illuminates the experience of the population of lower status in third world countries, which touches the core of human soul. Are you aware of your poetry’s global quality when you write poems?

R.E. Mabanglo:  No. I write as a reaction to the experiences of women I heard or read about. I myself experienced the same type of gender discrimination and oppression. I too were silenced and humiliated.
E.G:      Your poems mainly emphasize the crisis of the Philippines culture, feminization of labor through history of colonization and people’s wrestling for sovereignty. Your illustration of export-prostitution economy and labor exploitation are enormously haunting.  How do you blend these concepts and your poignant images in such a lyrical language?

R.E. Mabanglo:  I am not really sure now. It was something so natural as I said. It's like god in my pen. He supplies everything. Even the words.

E.G:      “Invitation of the Imperialist” is one of your immensely powerful poems in this collection, in terms of the title, the memorable images, the language and the haunting content. Tell us about the creation of this poem.

R.E. Mabanglo:  I wanted to write how imperialism subjugates a country, the way a man subjugates a woman.  The woman is first awed by the pomposity and gallantry of the lover. Then she realizes the true goal of that person.

E.G:      You’ve illustrated greatly the sexualized constitution of labor in almost all of your poems. Could you elaborate on third world literature as part of the movement of decolonization, women’s rights and economic independence?

R.E. Mabanglo:  Since the 1970s literature in the Philippines had been used to Voice out oppression, injustice, etc. This is part of our tradition. First was the oppressive Spanish regime. Since the basic freedoms were curtailed, literature was used to voice out the ill- feelings. From poetry to riddles and novels (e.g. Jose Rizal's Noli Me Tangere and El Filibusterismo), disgust and rebellion against colonialism were. Voiced out. During the period of Marcos dictatorship, a strong revival of this literature came about since there was censorship. We now call it EDSA literature. EDSA (Epifanio De Los Santos Avenue) is the highway where people power took place, it signaled the fall of Marcos. Marcos initiated the feminization of migrant labor. My poems are my reaction to all those historical events.

E.G:      You write in Tagalog language. How do you feel writing in English or translating your poems for a larger audience, despite your long time struggle for decolonization of culture?

R.E. Mabanglo:  I have no problem with translating my works in English but I prefer that others do that as I am not as adept in that language. Besides, I feel I am running out of time.  I should write more in the language I have control of. Let others do their job.
E.G:      How do you analyze the role of language and culture under imperialistic domination in today’s world? What should be done?

R.E. Mabanglo:  As indigenization is the answer to globalization, let writing in your own native language be the tool to fight imperialism.  To me, it shows that your soul refuses to be subjugated as well. I believe that continuing to write in your own language is a strong indication of the resistance of the indigenous to succumb to imperialism.
E.G:       How do you perceive today’s world’s global politics, literature, the future of poetry and its role in social changes? Do you see a hopeful future with resistant movements in this chaotic world?

R.E. Mabanglo:  The world is bound to be more chaotic as humans try to advance in technology. The web of entanglements becomes more confusing as instruments conspiracy and oppression become sophisticated. It is good to know and be prepared but we should not allow our own native individualities succumb.
E.G:      Story telling is your great skill and expertise in poetry. Does this form of poetry have roots in Pilipino culture?

R.E. Mabanglo:  Yes. During the Spanish and American period, it is the prevalent form.  During the Spanish regime, poets like Marcelo del Pilar wrote parody of catholic prayers to ridicule both church and state. Then there was this triumvirate of poets who wrote (1) "Lament of the Philippines to Mother Philippines",
(2) "Reply of mother Spain to the Lament of the Philippines" and (3) "The Final Lament of the Philippines
To Mother Spain".  The first two poems are more tame compared to the third which urges the
Countrymen to dig the grave of Spain as they prepare to revolt. During the American regime,
Filipinos used theatre to inform the countrymen that the America is the new colonizer and that they should unite and join forces to fight them. This type of protest poetry continues up to now.

E.G:      Your poems are the creation of private and public, documentation and fiction, infused with an agony born of pain and oppression. Where and when does your inspiration usually strike? What are your motivations in creating a piece of poetry?

R.E. Mabanglo:  Inspiration occurs when something familiar resonates with the global issue. I feel deeply for the experiences of poverty and discrimination I went through.

E.G:      Would you like to share some of your experiences about the process and development of your pieces with us?
One experience I had was when I arrived in America in the early1990s and there was this case of Anita Hill. Her case made me so angry because I underwent harassment myself. Hence, I wrote "Rape" (Gahasa ) and it made me poet of the year in 1994.

E.G:      Would you like to add anything that I forgot to mention in this interview?

R.E. Mabanglo:  I feel more freedom in writing poetry than any other genre.  I am trying to write my life now and it is really difficult.

Invitation of the Imperialist
the University of the Philippines Press
1998

Posted by Ezzat Goushegir at 7:35 PM No comments:

Memories in Diaspora # 292, in Shahrvand Publications.
Posted by Ezzat Goushegir at 4:14 PM No comments:

Memories in Diaspora # 291 in Sharvand Publications
Posted by Ezzat Goushegir at 11:35 AM No comments:

Memories in Diaspora # 290, in Shahrvand, a weekly publication.
Posted by Ezzat Goushegir at 12:41 PM No comments: