Mr. Thank You, a short story by Yasunari Kawabata

A film version is made by  Hiroshi Shimizu

A bus driver, nicknamed Mr. Thank You due to his expressions of gratitude to other road users who give way on the narrow mountain roads, drives from rural Izu to faraway Tokyo. The film portrays the passengers and their diverse reasons for travel, like a mother and her daughter who is destined to be sold in Tokyo, and the people they meet on the way, including a Korean working woman who makes funeral arrangements for her deceased father. In the end, Mr. Thank You marries the daughter to save her from her fate.

Here is a film review.

Posted by Ezzat Goushegir at 11:49 AM No comments:

"The Pomegranate," by Kawabata Yasunari

Kawabata Yasunari (1889-1972) was the first Japanese writer to win the Nobel Prize in literature. It was awarded in 1968, and coincided with the centennial celebration of the Meiji Restoration.

Japanese authors of the modern period have been well aware of both their own long, rich literary tradition and new ideas about content, form, and style available from the West. Kawabata was no exception; his work has been influenced by both traditions, and is widely read in the West as well as in Japan.

Kawabata is best known in the United States for novels such as Snow Country, A Thousand Cranes, and The Sound of the Mountain, but he also wrote many very short stories — a form he called tanagokoro no shôsetsu ( "palm-of-the-hand stories"). These short narratives are less concerned with plot, or story line, than with depicting momentary experiences and feelings that have wider meanings. 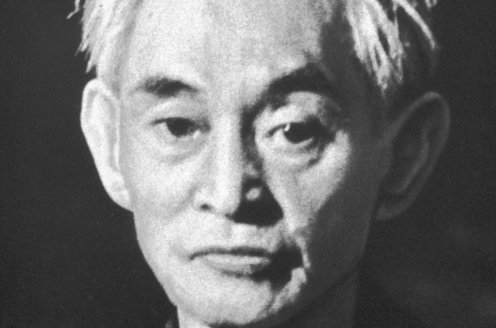 Posted by Ezzat Goushegir at 9:46 AM No comments:

Posted by Ezzat Goushegir at 6:56 PM No comments:

Posted by Ezzat Goushegir at 12:24 PM No comments: