Today June 30, 2013 at 1:30 PM I saw Orpheus at Church and Sherman Street. I was walking through Oak Street in Evanston, IL heading to the library when I heard…a celestial solo Cornet instrument with an orchestra in the middle of Church street. I was drawn to the sound…walking four blocks swiftly, ecstatically, thirsty for the music and I found him. It was Orpheus playing a classical piece!
A man coming out of the library asked me: “Where is this music coming from? Is it live?”
“Yes”, I said. “Walk two blocks West…” 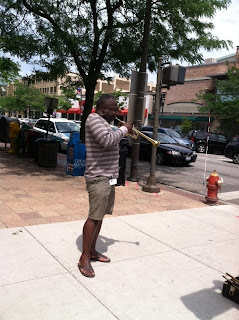 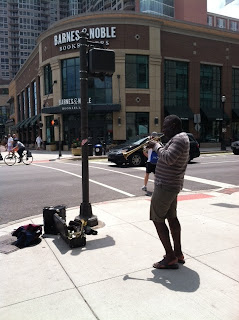 Then, in a silent moment, I asked Orpheus: “may I have your card?”
I wanted to know his name.
He was in a transcendental mood, a divine world…I shouldn’t talk to him in this fragile moment, but I could not resist.
He said:  “I don’t have a card!” (I had this feeling that he is one of those skilled Cornet players in one of the  International Classical Orchestras who wants to elevate people to the level of understanding, appreciation and admiration of good arts.) 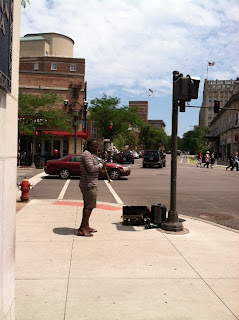 His lips were dry.
“May I take a picture of you?”
He nodded.

The weather was delightful.

As I was walking back, I journeyed through history and I remembered those prehistoric artists whom we never knew. Those who never worked for their ego, fame or wealth… Those true artists who would transform you in just one moment….
Then I remembered Antonin Artaud’s philosophy of art. He came to this realization in his trip to Mexico when visiting ancient civilization. 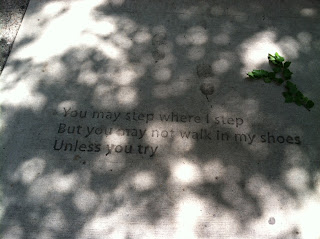 This poem is written at the doorway of Evanston Library. 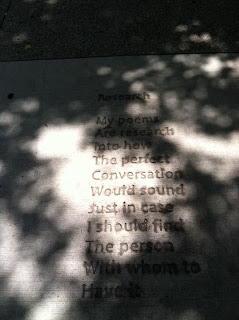 And, this poem.
Photos by Ezzat Goushegir

Posted by Ezzat Goushegir at 3:33 PM No comments: 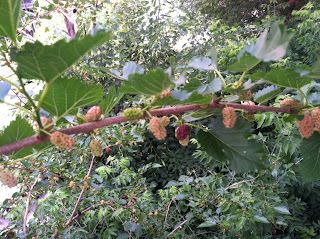 Mulberry fruits at Davis Train Station, where I take the train to work every day. 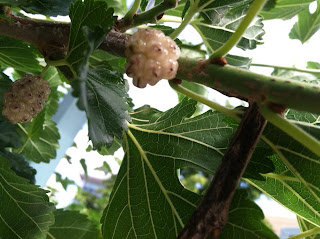 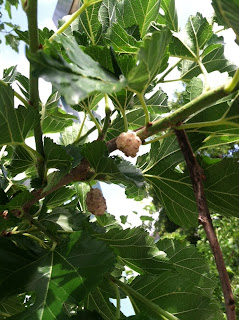 ...And remember my childhood, my mother, sisters and brothers... 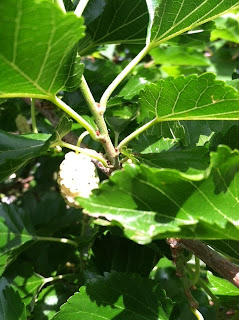 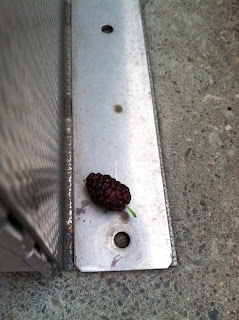 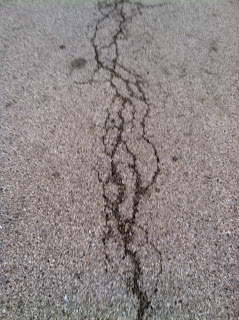 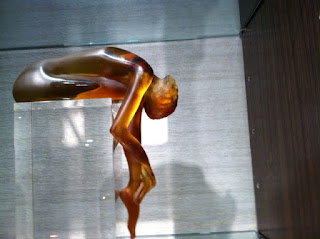 
Posted by Ezzat Goushegir at 9:07 PM No comments: 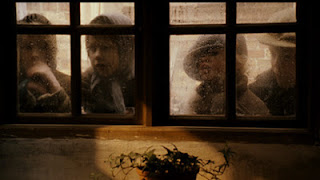 "Swedish master Jan Troell, director of the beloved classics The Emigrants and The New Land, returns triumphantly with Everlasting Moments, the vivid, heartrending story of a woman liberated by art at the beginning of the twentieth century. Though poor and abused by her alcoholic husband, Maria Larsson (Maria Heiskanen, in a beautifully nuanced portrayal) finds an outlet in photography, which opens up her world for the first time. With a burnished bronze tint that evokes faded photographs, and a broad empathetic palette, Everlasting Moments—based on a true story—is a miraculous tribute to the power of image making." 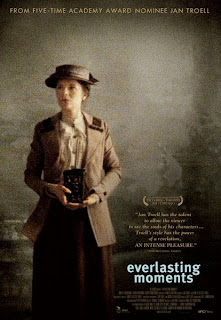 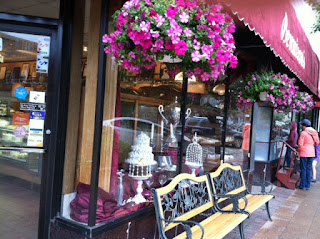 For no specific reason, this bakery near my house has always reminded me of Raymond Carver's short story:  “A Small, Good Thing”! The aged man-baker makes the most delicious pastries in a traditional style as we watch him with admiration from behind the window. The baker is calm. The baker is patient. The baker thinks. The baker feels. 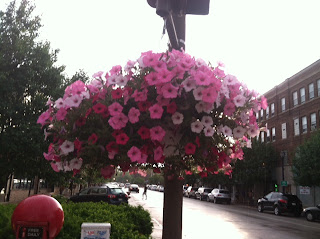 Whenever I pass by, I always see the boy, the mother, the father, the car and the baker....
Posted by Ezzat Goushegir at 11:14 PM No comments:

A young man in Church street 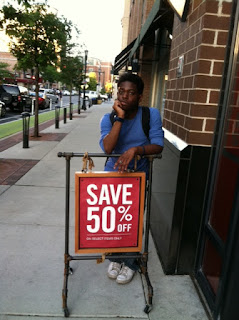 A young man in Church street
By E.G 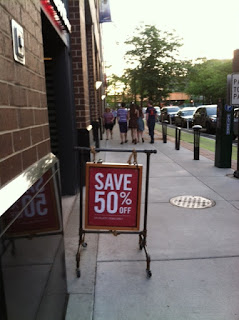 After a short walk he was gone
By E.G

Posted by Ezzat Goushegir at 9:55 PM No comments: 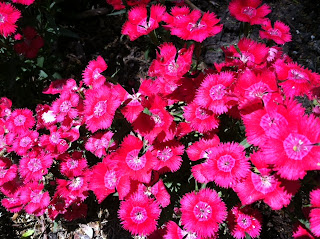 Red
By E.G
Posted by Ezzat Goushegir at 10:07 PM No comments: 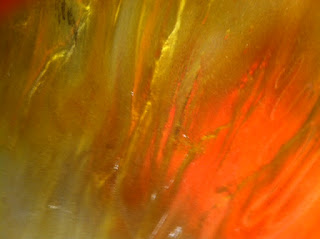 In the Heart of Yellow Glass
by Ezzat Goushegir 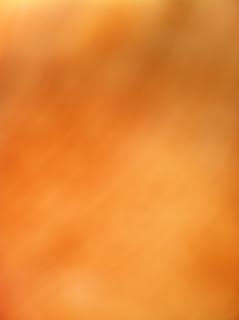 Posted by Ezzat Goushegir at 9:39 AM No comments:

The Lady With the Dog


The Lady With the Dog

"IT was said that a new person had appeared on the sea-front: a lady with a little dog. Dmitri Dmitritch Gurov, who had by then been a fortnight at Yalta, and so was fairly at home there, had begun to take an interest in new arrivals. Sitting in Verney's pavilion, he saw, walking on the sea-front, a fair-haired young lady of medium height, wearing a béret; a white Pomeranian dog was running behind her.


And afterwards he met her in the public gardens and in the square several times a day. She was walking alone, always wearing the same béret, and always with the same white dog; no one knew who she was, and every one called her simply "the lady with the dog." 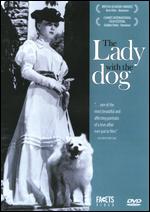 watch scenes from a film adaptation of the short story, directed by Iosif Kheifits.

In this clip, George Malko (Chekhov translator) and Carlson explain why Iosif Kheifits's film adaptation of "The Lady with the Dog" is considered a "classic" adaptation. Malko provides an in-depth examination of the process and challenges of translating and adapting literature.

Listen to the  audiobook.


Another adaptation of the story is Dark Eyes  a 1987 Italian and Russian language film which tells the story of a 19th-century married Italian who falls in love with a married Russian woman. It stars Marcello Mastroianni and Yelena Safonova.
Watch scenes: (1) ,
(2) ,
(3) 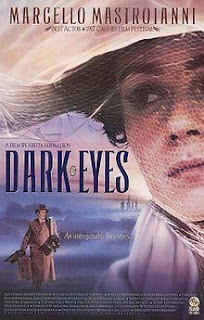 " Anton Chekhov was a Russian physician, dramatist and author who is considered to be among the greatest writers of short stories in history. His career as a dramatist produced four classics and his best short stories are held in high esteem by writers and critics. Chekhov practiced as a doctor throughout most of his literary career: "Medicine is my lawful wife", he once said, "and literature is my mistress." Chekhov had at first written stories only for financial gain, but as his artistic ambition grew, he made formal innovations which have influenced the evolution of the modern short story. His originality consists in an early use of the stream-of-consciousness technique, later adopted by James Joyce and other modernists, combined with a disavowal of the moral finality of traditional story structure. He made no apologies for the difficulties this posed to readers, insisting that the role of an artist was to ask questions, not to answer them. This is a collection of 7 of his insightful short stories about the human condition and include, beside the title story, A Doctor's Visit; An Upheaval; Ionitch; and The Husband which are best known. (Summary by Wikipedia and Phil Chenevert)"

Posted by Ezzat Goushegir at 11:09 PM No comments: