Last Days of Solitary
"Inside one state’sambitious attempt to decrease its use of solitary — and what happens when prisoners who have spent considerable time in isolation try to integrate back into society." 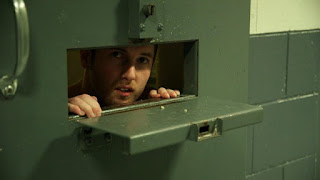 When Kenny Moore was convicted of aggravated assault, burglary and theft and sent to Maine State Prison at age 18, he expected to serve an 18-month sentence. But after a series of fights and disruptive behavior, he was sent to solitary confinement, where his disruptive behavior only worsened. All in all, Kenny spent five-and-a-half years in solitary confinement and nearly 20 years in and out of prison.
Inside solitary, Moore ripped the hair out of his body. He bit chunks out of himself. He started hearing voices. He wrote messages on the wall of his cell with his own blood.
“It turns you into an animal,” Moore says in After Solitary, a new virtual reality film from FRONTLINE and Emblematic Group.
In After Solitary, follow Moore as he narrates an immersive, 360° tour of a solitary confinement cell, recounting what his life was like on the inside — and how that experience has impacted his life now that he’s a free man.
The film is a visceral window into the practice of solitary confinement, which Maine State Prison began reducing the use of while Moore was locked up. The prison also started offering rehabilitation classes to inmates, and says that since 2011, rates of violence and self-harm have dropped dramatically. But studies show that inmates who have spent significant time in solitary are more likely to be sent back to prison.
Meanwhile, Moore, who was released last fall, is struggling to adjust to life on the outside. He rarely leaves his bedroom. It is, he says, his “own personal prison” — and the place where he feels most safe. 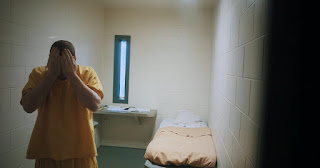 Posted by Ezzat Goushegir at 10:17 PM No comments: