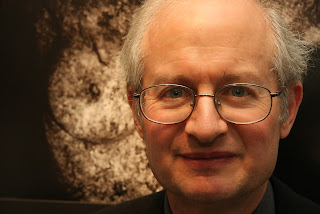 Joel Simpson's photo arts (above: Stone Chest) are shown at Safe-T-Gallery in New York from April 23 through May 30, 2009.
Read my interview with him published in September 30, 2008. 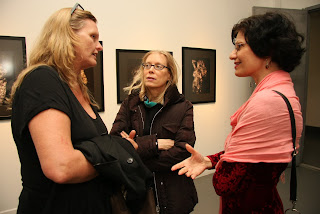 I Want to Live! 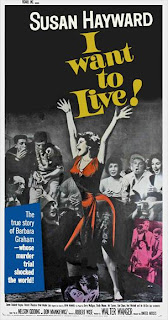 I was a little girl when I first saw The poster of Susan Hayward (Barbara Graham) screaming for life in her film I Want to Live! Her figure stayed in my mind forever! 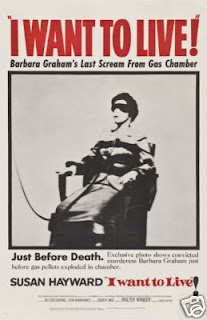 The god/goddess of death is always around...We have a dance with him/her, we have a hide and seek game all the time...But we always slip away from his/her hand.

This is a silly picture of me posing as if I'm yearning for life! 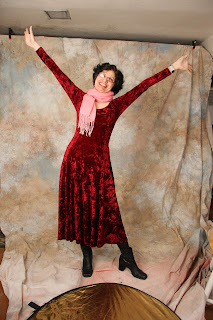 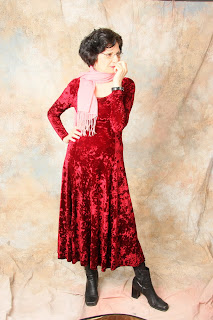 Posted by Ezzat Goushegir at 8:44 PM No comments: 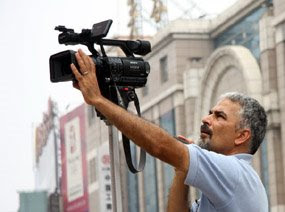 Cast: Behrouz Vossoughi- Khosrow Shakibaei. Director: Hossein Khandan
This documentary has been hidden for 9 years.
Aafter receiving the 2000 Akira Kurosawa Award, Abbas Kiarostami immediately gave it away to honor the renowned and exiled actor Behrouz Vossoughi, from the generation proceeding the 1979 Iranian Revolution.
Later that year, Khosrow Shakibaei—one of the best actors after the Iranian Revolution—tried to find and meet Behrouz Voussoughi. Any attempt to meet Behrouz Vossoughi, whose name and picture are banned in Iran, would put Khosrow Shakibaei’s acting career in Iran in jeopardy.
After the unexpected death of Khosrow Shakibaei in July 2008, Hossein Khandan director of "Another Salute" received consent to release the film from Khosrow's family recently. The screening of this 50 minutes film is around the corner. "Another Salute" as one of the official selected films of the 3rd Noor Film Festival، will be shown along with another film called "Generation of Nowhereland" at 4:30 pm on Saturday May 2, 2009. The location of the 3rd Noor Film Festival this year is at the Fine Arts Theater in Beverly Hills, CA. (8556 Wilshire Blvd). Tel: (310)3600455. Watch the trailer .

Watch this video STAND BY ME!
Posted by Ezzat Goushegir at 10:02 AM 1 comment:

Listen to Joan of Arc by Leonard Cohen

Now the flames they followed Joan of Arc
as she came riding through the dark;
no moon to keep her armour bright,
no man to get her through this very smoky night.
She said, "I'm tired of the war,
I want the kind of work I had before,
a wedding dress or something white
to wear upon my swollen appetite."

Well, I'm glad to hear you talk this way,
you know I've watched you riding every day
and something in me yearns to win
such a cold and lonesome heroine.
"And who are you?" she sternly spoke
to the one beneath the smoke.
"Why, I'm fire," he replied,
"And I love your solitude, I love your pride." More...
Posted by Ezzat Goushegir at 6:25 PM No comments:

"Tell Her the Truth"
by Tony Kushner & Alisa Solomon

Read this article in Nation

Israel's recent bombing and ground invasion of the Gaza Strip,
Operation Cast Lead, killed 1,417 Palestinians; thirteen Israelis were
killed, five by friendly fire. Thousands of Palestinians were seriously
wounded and left without adequate medical care, shelter or food. Among
the Palestinian dead, more than 400 were children. In response to this
devastation, Caryl Churchill wrote a play.

Churchill is one of the most important and influential playwrights
living, the author of formally inventive, psychologically searing,
politically and intellectually complex dramas, including Cloud
Nine, Top Girls, Fen, Serious Money, Mad
Forest and Far Away. To this body of work she's now added the
very brief (six pages, ten minutes long in performance) and very
controversial Seven Jewish Children: A Play for Gaza. The play
ran for two weeks in February at London's Royal Court Theatre and is
being presented across the United States in cities such as New York
(Theaters Against War and New York Theatre Workshop), Chicago (Rooms
Productions), Washington (Theater J and Forum Theatre), Cambridge,
Massachusetts (Cambridge Palestine Forum) and Los Angeles (Rude
Guerrilla).
More in Nation....
Posted by Ezzat Goushegir at 3:00 PM No comments:

Today I had a chance to listen to Leonard Cohen's interview a Canadian singer, song writer, poet and novelist on Fresh Air, and remembered the movie "Exotica" I had seen years ago...The movie which some how portrays the exploitation of women...Cohen's song Every Body Knows is used in one the scenes in this film...(I'll write soon on the sexual slavery of women in today's world!)

Listen to "I'm Your Man" and A Thousand Kisses Deep...and his interview on Fresh Air about his poetry and "Book of Longing".

Read his lyrics of "Democracy is Coming to the U.S.A"

It's coming through a hole in the air,
from those nights in Tiananmen Square.
It's coming from the feel
that this ain't exactly real,
or it's real, but it ain't exactly there.
From the wars against disorder,
from the sirens night and day,
from the fires of the homeless,
from the ashes of the gay:
Democracy is coming to the U.S.A.
It's coming through a crack in the wall;
on a visionary flood of alcohol;
from the staggering account
of the Sermon on the Mount
which I don't pretend to understand at all.
It's coming from the silence
on the dock of the bay,
from the brave, the bold, the battered
heart of Chevrolet:
Democracy is coming to the U.S.A.

It's coming from the sorrow in the street,
the holy places where the races meet;
from the homicidal bitchin'
More....
Posted by Ezzat Goushegir at 12:17 PM No comments:

Tens of thousands of protesters from around the world are gathering in London to demonstrate against the G20 talks and call for economic justice and environmental accountability. Several large demonstrations directed at the failed banking and financial sectors are expected today, April 1st, which some protest organizers are calling “Financial Fools Day". More on Democracy Now....
Posted by Ezzat Goushegir at 6:04 PM No comments: