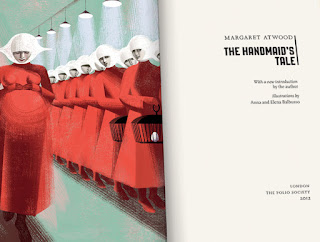 The Handmaid's Tale, a novel by Margaret Atwood (later TV series) has revived memories and evoked many thoughts and creativity. It's a great work of art about our recent history which awakens the conscious mind . A book everyone should read. A TV series everyone should see. 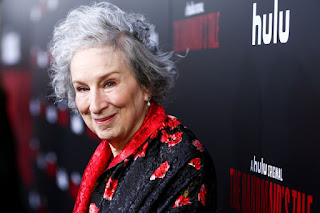 For hulu TV series, and how the novel came to her mind, Margaret Atwood writes:

“Stories about the future always have a what if premise, and The Handmaid’s Tale has several. For instance: if you wanted to seize power in the United States, abolish liberal democracy, and set up a dictatorship, how would you go about it? What would be your cover story? It would not resemble any form of communism or socialism: those would be too unpopular. It might use the name of democracy as an excuse for abolishing liberal democracy: that’s not out of the question, though I didn’t consider it possible in 1985.” 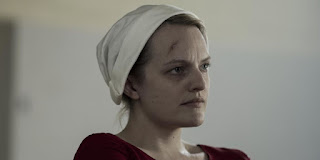 The Handmaid's Tale season 3 release date: When can we expect it?

The Handmaid's Tale season two has proved such a success for Hulu that the streaming service has already confirmed it for a third season.

Posted by Ezzat Goushegir at 4:05 PM No comments:

I found two reviews of my play "Behind the Curtains" produced in 1995. One written by Lawrence Bommer and published in Chicago Tribune. And the second in Chicago Reader.

"Behind the Curtains," Saturday, Hidden Theatre at Greenview Arts Center, 6418 N. Greenview Ave.; 312-922-2300: Set in Iran in the late 19th Century, Ezzat Goushegir's play chronicles the true-life story of revolutionary poet Quarrat ul Ain. An unusually educated woman for the time, her keen intellect and fearless nature made her question the traditions of a male-dominated Islamic society. She also stands as a brave voice today when, according to the theater, "individual convictions are often victims of mass mentality."

According to director Hannah Gale, "Ezzat's language is founded on the traditions of the classical ritual drama of Persia, of stories told on cool nights, within a circle of eager faces." Iranian set designer Ario provides the backdrop of vaulting arches and flowing curtains, and Jennifer Savarirayan's choreography evokes the majesty of the desert world.

And the second review on Chicago Reader.

By Mary Shen Barnidg
The most dangerous sort of radical is the one who acts in accordance with a personal vision. Tahereh, the 19th century Irani poet whose life and teachings helped found the Baha’I faith, was such a revolutionary. Ezzat Goushegir’s Behind the Curtains paints a heroic portrait of the young woman whose father…..