Bernie Sanders on Sex, Cancer and revolution and ....

Bernie Sanders on Sex, Cancer and revolution and ....
Interesting read:

"Sanders was initially drawn to Sigmund Freud and his theories as a high school student in Brooklyn. He then studied psychology at the University of Chicago and at the New School for Social Research in New York. And he worked at a mental institution in New York City before settling in Vermont for good in 1968. Like many lefties of his time, he was heavily influenced by the Austrian psychologist Wilhelm Reich, a disciple of Freud whose work drew a connection between sexual repression and fascism. When Paris student demonstrators took the street in that year, they held up copies of Reich’s book."
.....
"In a 1969 essay for the Freeman called “Cancer, Disease and Society,” Sanders, then 28, contended that conformity caused cancer by breaking down the human spirit and inflicting emotional trauma. He quoted liberally from Reich’s 1948 book, The Cancer Biopathy, which, he noted, was “very definite about the link between emotional and sexual health, and cancer,” and he walked readers through Reich’s theory about the consequences of suppressing “biosexual excitation.”
.......
" All aspects of life are intimately related—and it is only a schizophrenic society such as ours which segregates them and puts them into separate little boxes. We go to school and study ‘education’ and ‘psychology’ and ‘sexuality’ (if it’s a ‘progressive’ school). How absurd: all of life is one and if we want to know, for example, how our nation can napalm children in Vietnam—AND NOT CARE—it is necessary to go well beyond ‘politics.’ We have got to get into the areas of feeling and emotion, pain and love—and how people related to each other and how people shut off their feelings. And all of this takes us way back to our mommies and to the way they dealt with us when we were infants."
Posted by Ezzat Goushegir at 2:08 PM No comments:

"The mystery and wonder of Pedro Costa’s filmmaking defies any specific category other than his own unique blend. The Portuguese director conjures dark, dreamlike visions of post-colonial neglect and yearning that hover somewhere between fantasy and neorealism, horror and melodrama, spirituality and desperation. “Vitalina Varela,” Costa’s fifth journey into the shantytown Fontainhas outside of Lisbon, once again showcases Costa’s masterful ability to mine cinematic poetry from a unique environment and the mournful figures who wander through its murky depths."

Interesting words during the Q and A in "Horse Money"
And...Masterclass 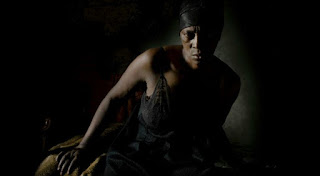 Posted by Ezzat Goushegir at 9:23 AM No comments:

Peter Brook on the Empty Space

“I can take any empty space and call it a bare stage. A man walks across this empty space whilst someone else is watching him, and this is all that is needed for an act of theatre to be engaged.”. (The Empty Space, 1968)
Posted by Ezzat Goushegir at 9:12 AM No comments:

Isabel Allende on Immigration, Loss and Her New Novel

Posted by Ezzat Goushegir at 3:11 PM No comments: 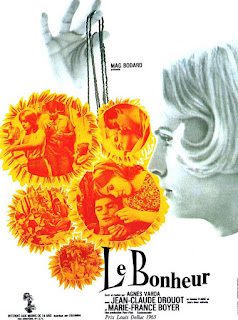 
Posted by Ezzat Goushegir at 10:43 AM No comments: