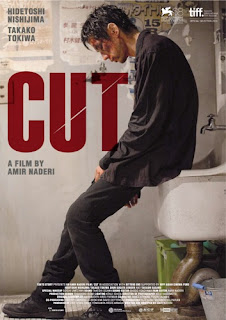 "Cut" a new film by Amir Naderi.
Listen to the director who speaks about his film.
Posted by Ezzat Goushegir at 3:31 PM No comments:

Lost on the road
I'm not dancing
nor watching the dancers in the crowd
Posted by Ezzat Goushegir at 8:21 AM No comments:

An article by Hamid Dabashi

Many young men and women are now protesting by the only means left: using their bodies - whether by burning or exposing.
Posted by Ezzat Goushegir at 3:00 AM No comments: 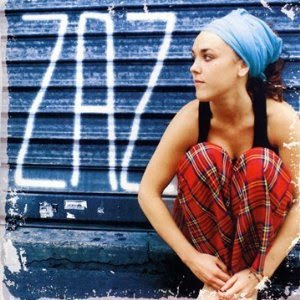 I want love, joy, good spirit
It's not your money that will make me happy
I want to die, a hand on my heart....
Posted by Ezzat Goushegir at 9:46 PM No comments:

Unemployed Moroccan students have set themselves on fire

"Five unemployed Moroccan men have set themselves on fire in the capital Rabat after demonstrating against a lack of jobs, especially for university graduates.

In videos posted online, the men can clearly be seen dousing themselves in petrol after police prevented them from receiving food from supporters.

The men had been occupying part of the Education Ministry for two weeks.

At least two of the men can be seen running away into the crowd, shrouded in flames."
Posted by Ezzat Goushegir at 8:54 PM No comments: 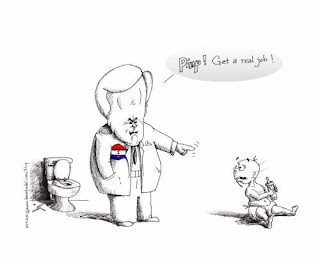 Kaveh Adel's cartoon about Newt Gingrich was published along with an article (translation in English) "Everyday racism of Newt Gingrich and the applause of the public" written by political journalist, Iris Deroeux, on the French Mediapart political blog.
Posted by Ezzat Goushegir at 8:30 PM No comments: 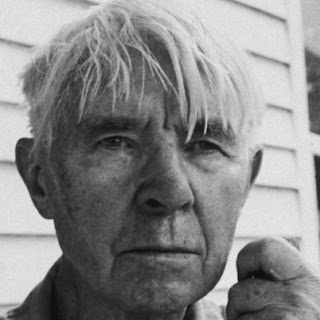 "Here's a virtual movie of Americas "Peoples" poet Carl Sandburg reading his beautiful social commentative poem "The People, Yes". I adore this reading which is filled full of the Pathos and tragedy of the struggles of the laboring classes in this particular case during the "Great Depression" period of 1930's America,but is as relevant to day as it was all those years ago when he wrote it. Sandburg's gentle voice was tinged with an almost musical melancholic Swedish tone handed down by his Swedish born immigrant Mother and father. Sandburg demonstrates in this great reading how just simple non prosaic words delivered with the unique relaxed eloquence and dexterity he possessed can tug at the emotions of the listener. Listening to this takes me on a beautiful emotional journey as I hope it will you. Carl Sandburg (1878 1967) was the "poet of the people." He found beauty in the ordinary language of the people -- the "American lingo," as he called it -- and turned it into poetry. In the 1920s and '30s Sandburg wrote a six-volume biography of Abraham Lincoln, praising Lincoln for exemplifying the American spirit. Four of the six volumes won him the Pulitzer Prize. Late in his life, at age 70, Sandburg wrote his first novel, "Remembrance Rock" (1948), a panoramic epic of America. When Sandburg died in 1967, President Lyndon Johnson stated, "There is no end to the legacy he leaves us." Carl Sandburg reads his ode to the American people "The People, Yes" in this 1950s sound recording from his collection of poetry."

The people so often sleepy, weary, enigmatic,
is a vast huddle with many units saying:
"I earn my living.
I make enough to get by
and it takes all my time.
If I had more time
I could do more for myself
and maybe for others.
I could read and study
and talk things over
and find out about things.
It takes time.
I wish I had the time."

The people is a tragic and comic two-face: hero and hoodlum:
phantom and gorilla twisting to moan with a gargoyle mouth:
"They buy me and sell me...it's a game...sometime I'll
break loose..."

Once having marched
Over the margins of animal necessity,
Over the grim line of sheer subsistence
Then man came
To the deeper rituals of his bones,
To the lights lighter than any bones,
To the time for thinking things over,
To the dance, the song, the story,
Or the hours given over to dreaming,
Once having so marched.

Between the finite limitations of the five senses
and the endless yearnings of man for the beyond
the people hold to the humdrum bidding of work and food
while reaching out when it comes their way
for lights beyond the prison of the five senses,
for keepsakes lasting beyond any hunger or death.
This reaching is alive.
The panderers and liars have violated and smutted it.
Yet this reaching is alive yet
for lights and keepsakes.

The people know the salt of the sea
and the strength of the winds
lashing the corners of the earth.
The people take the earth
as a tomb of rest and a cradle of hope.
Who else speaks for the Family of Man?
They are in tune and step
with constellations of universal law.
The people is a polychrome,
a spectrum and a prism
held in a moving monolith,
a console organ of changing themes,
a clavilux of color poems
wherein the sea offers fog
and the fog moves off in rain
and the labrador sunset shortens
to a nocturne of clear stars
serene over the shot spray
of northern lights.

The steel mill sky is alive.
The fire breaks white and zigzag
shot on a gun-metal gloaming.
Man is a long time coming.
Man will yet win.
Brother may yet line up with brother:

This old anvil laughs at many broken hammers.
There are men who can't be bought.
The fireborn are at home in fire.
The stars make no noise,
You can't hinder the wind from blowing.
Time is a great teacher.
Who can live without hope?

In the darkness with a great bundle of grief
the people march.
In the night, and overhead a shovel of stars for keeps, the people
march:
"Where to? what next?"

By Carl Sandburg
Lincoln?
He was a mystery in smoke and flags
Saying yes to the smoke, yes to the flags,
Yes to the paradoxes of democracy,
Yes to the hopes of government
Of the people by the people for the people,
No to debauchery of the public mind,
No to personal malice nursed and fed,
Yes to the Constitution when a help,
No to the Constitution when a hindrance
Yes to man as a struggler amid illusions,
Each man fated to answer for himself:
Which of the faiths and illusions of mankind
Must I choose for my own sustaining light
To bring me beyond the present wilderness?
Lincoln? Was he a poet?
And did he write verses?
“I have not willingly planted a thorn
in any man’s bosom.”
I shall do nothing through malice: what
I deal with is too vast for malice.”
Death was in the air.
So was birth.

Posted by Ezzat Goushegir at 12:16 PM No comments:

By Carl Sandburg
I have seen
The old gods go
And the new gods come.
Day by day
And year by year
The idols fall
And the idols rise.
Today
I worship the hammer.
Posted by Ezzat Goushegir at 12:13 PM No comments:

Gladiator, The French and Crusaders 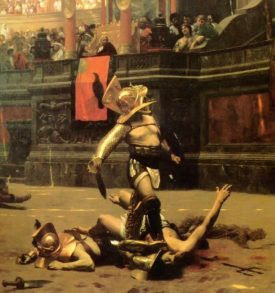 Watch Gladiator and The French and Crusaders by Omid Djalili....

Posted by Ezzat Goushegir at 1:44 AM No comments:

Let Me Down Easy 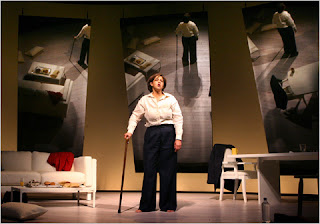 Watch the full version of Anna Deavere Smith's docudram: Let Me Down Easy
Watch also her interview on this play, written, performed and directed by herself.

"Anna Deavere Smith talks about the process by which her play "Let Me Down Easy" was created. Called "the most exciting individual in American theater" by Newsweek magazine, Anna Deavere Smith ("The West Wing," "Nurse Jackie") turns her theatrical exploration to matters of the human body......"
Posted by Ezzat Goushegir at 7:31 PM No comments: 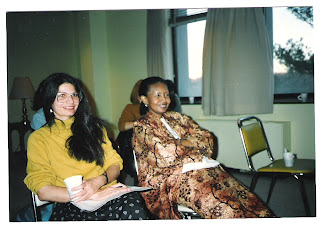 Marc, You're here in this picture with me, although invisible....

Marc. Bloch,
Today is January 13, your birthday, the day you were born in France. I had a dream about you at the age of 13, before I ever knew anything about you! And the dream became a reality.

Why am I still celebrating your birthday when you're not in this world any more? What am I searching for?
Is it because of the rare quality in you which I'm immensely missing? Your CARING?.....Your sensitivity towards human suffering in this unforgiving world?

Last night it was snowing in Chicago....and you were born in a snowy night in France 60 some years ago...60 years ago or just last night?...What's the difference?....TIME is just an illusion....
Posted by Ezzat Goushegir at 11:06 PM No comments:

Bill Moyers is back

Bill Moyers is back with a new show...
Posted by Ezzat Goushegir at 11:04 PM No comments: 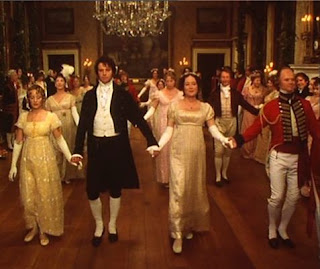 Watch Part 1 of The Persian Ambassador in Pride and Prejudice, Omid Djalili's version!
And Part 2
Posted by Ezzat Goushegir at 6:34 PM No comments: 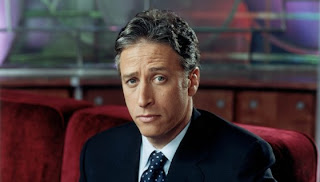 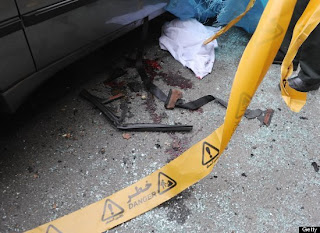 A War of Words or a war of more?

A War of Words or a war of more? A discussion by Fareed Zakaria on Iran.
Posted by Ezzat Goushegir at 1:07 AM No comments: 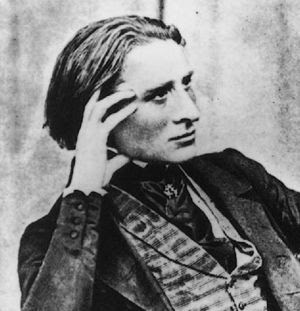 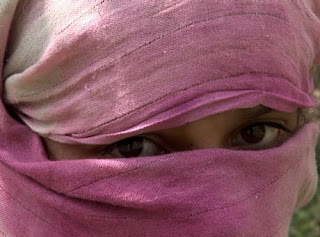 Opium Brides
Najibullah Quraishi journeys deep into the Afghan countryside to reveal the deadly bargain local farm families have been forced to make with drug smugglers in order to survive.
Posted by Ezzat Goushegir at 11:00 PM No comments:

Looking back (not) in anger 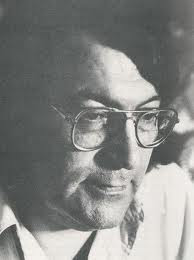 Esmail Khoi, the prominent Iranian poet on self criticism and critiquing radical, political Iranian intellectuals during and after 1979 revolution.
Posted by Ezzat Goushegir at 5:00 PM No comments:

A sunny day in Chicago 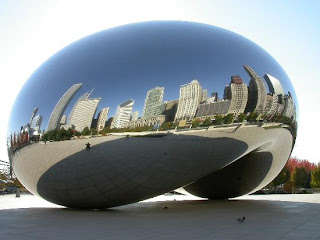 A sunny day in Chicago, my beloved city!
Posted by Ezzat Goushegir at 10:34 AM No comments:

The Visions of Simone Machard 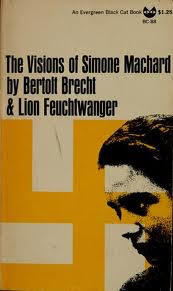 The Visions of Simone Machard by Bertolt Brecht
"In the play, an adolescent girl named Simone works at a gas station in central France. Her older brother is a soldier in the army, and the Nazi forces are approaching. While engrossed in a book about Saint Joan, she slips into a series of dreams in which the real persons in her life take on other identities. Her brother appears as an angel, her boss as the coward Connetand, and herself as Saint Joan who helps starving refugees and defies her employer. In real life she sets fire to a secret supply of gasoline before the Germans can get to it. In her dream she is captured and sentenced to death, but in real life she is not yet considered a saboteur. The Germans hand her over to the French as a mere arsonist, and she is led away by nuns to a mental institution."
Posted by Ezzat Goushegir at 10:20 PM No comments: 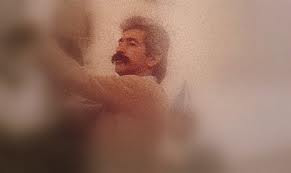 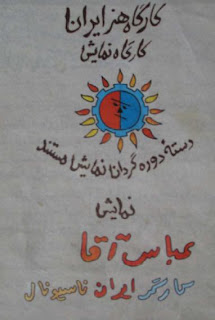 What has happened to my country! 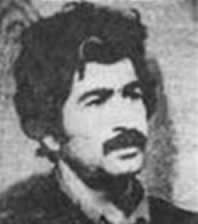 Sa'id Soltanpur was an Iranian revolutionary poet, playwright and theatre director whose life, art and radical political ideas have influenced many Iranians before and after 1979 Iranian revolution. Three years later, in March1982, Soltanpour was arrested on his wedding night, tortured for 66 days and then executed. 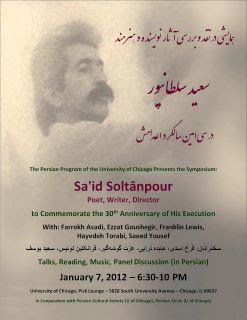 The Persian program of the University of Chicago presents a symposium on Sa'id Soltanpur in commemorate the 30th anniversary of his execution on January 7, 2012 at 6: 30 PM. The speakers are Farrokh Asadi, Hayedeh Torabi, Ezzat Goushegir, Franklin Lewis, and Saeed Yousef.

"What has happened to my country" is the title of one of Soltanpur's poems.
Posted by Ezzat Goushegir at 9:52 PM No comments:

Take it Away an interesting Persian song with beautiful video by Kiosk...
Posted by Ezzat Goushegir at 7:39 PM No comments: