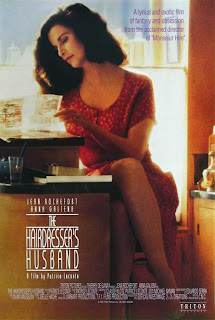 Today, as I was reading one of my students story on gun control and  the roots of violence in certain parts of Chicago areas, I remembered three films. All were setting in a Beauty Salon.
One of them was: The Hairdresser's Husband.

The Hairdresser's Husband is a 1990 French film written by Patrice Leconte and Claude Klotz, and directed by Leconte.
Jean Rochefort stars as the main character and Anna Galiena as the co-star.

I found this whispering voice on this film, enormously stunning!
Posted by Ezzat Goushegir at 10:50 PM No comments:

Tehran in 1977 A film by Khosro Sinai 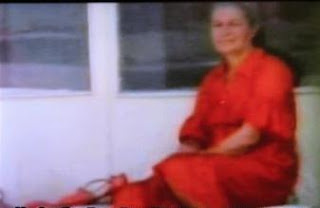 It took me to those years I worked at Theatre Center in Pars Street, Ferdowsi Square, in Tehran... going to work, every morning and returning home in the afternoon, observing the Woman in Red at the corner of  Fedowsi Square, as the symbol of love.

Beautiful, graceful, delicate, mysteriously silent, she had sat  all day on her usual spot, knitting a red sweater!

Years passed. We were curious. we were stunned!

I couldn't talk to her. Out of respect. Out of wonder. Out of admiration for her liberating madness... her audacity...unusality...stillness.

Writing in the Diasporas Across Languages and Cultures

We will speak in Association of Writers and Writing Program (AWP) Conference in Boston!

R151. Writing in the Diasporas Across Languages and Cultures. (Domnica Radulescu, Ezzat Goushegir, Danuta Hinc, Biljana Obradović, Stella Vinitchi-Radulescu) What are the joys and challenges of writing from the perspective of the immigrant experience in the United States? From the role that Iranian American writers have had on cultural transformation in the US, to the difficulty of writing as an American Serb after the Bosnian war of the ’90s, to the resilience of poetry in the face of globalization and technology, to the exploration of family stories from World War II Eastern Europe, this panel offers diverse angles on writing in the diasporas.
Thursday, March 7, 2013
Room 306, Level 3, 10:30 a.m. to 11:45 a.m.
Posted by Ezzat Goushegir at 9:22 AM No comments:

There is No Dead End! 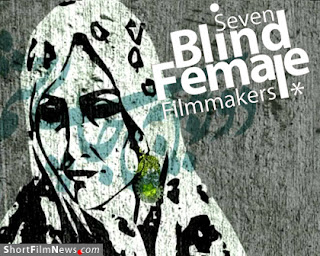 At the beginning of February 2013, in the 42nd International FilmFestival Rotterdam Fat Shaker received Hivos Tiger Awards for (Larzanandye Charbi) by Mohammad Shirvani, the Iranian film director and educator. I had never seen any films by Shirvani until last week. 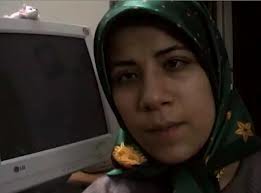 “In Spring 2004, Mohammad Shirvani decided to answer an old question in his mind - What should I do if I, as a film director, would become sightless? I was wondering if I could keep filmmaking. This film has been made by a number of blind women filmmakers to answer that question. I taught them how to narrate their own stories through language of cinema and by small digital cameras and they also taught me how to see the world with my third eye on my forehead. The result of such experience is a feature episodic documentary: 7 Blind Female Filmmakers.”

The film starts with this line: In the memory of light”, then in silence we read these words: “One day, I opened my eyes, but saw nothing. Absolute darkness! Nothing! I could only hear a vague sound taking form little by little. It was the fast beating of my heart. I got up and went to the door, bumped into the wall and fell onto the ground. I’d gone blind! What if I’ll be blind? Forever?” 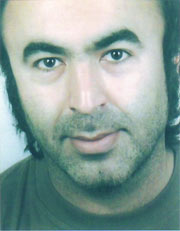 Read a review in Persian language.

I was totally fascinated by the tremendous humanity and strength among Iranians living in today’s Iran. I see a dawn of a humanistic and cultural rebirth, a new renaissance in all aspects, intellectual and artistic.
This film needs a special recognition. It needs to be shown all over the world to learn how to overcome  “impossibilities”. I listened with them. I heard them. I touched with them. I loved with them. I cried with them. And I learned from them. These women proved that they are capable of conquering impossibilities.

Read an interview in Persian
And another interview...

Posted by Ezzat Goushegir at 5:15 PM No comments:

The history of Valentine's Day 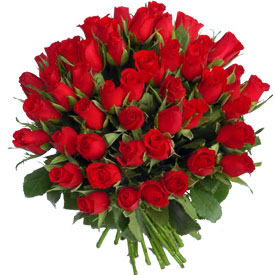 “The Catholic Church recognizes at least three different saints named Valentine or Valentinus, all of whom were martyred. One legend contends that Valentine was a priest who served during the third century in Rome. When Emperor Claudius II decided that single men made better soldiers than those with wives and families, he outlawed marriage for young men. Valentine, realizing the injustice of the decree, defied Claudius and continued to perform marriages for young lovers in secret. When Valentine's actions were discovered, Claudius ordered that he be put to death.” "

"The most popular martyrology associated with Saint Valentine was that he was imprisoned for performing weddings for soldiers who were forbidden to marry and for ministering to Christians, who were persecuted under the Roman Empire; during his imprisonment, he is said to have healed the
daughter of his jailer Asterius. Legend states that before his execution he wrote her a letter "from your Valentine" as a farewell. " 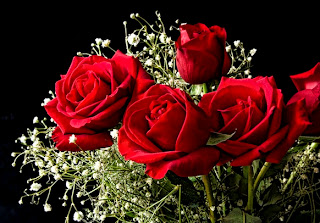 "The ancient Romans may also be responsible for the name ofour modern day of love. Emperor Claudius II executed two men — both namedValentine — on Feb. 14 of different years in the 3rd century A.D. Their martyrdom was honored by the Catholic Church with the celebration of St. Valentine's Day."

Posted by Ezzat Goushegir at 3:14 PM No comments: