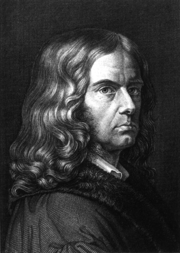 An excerpt from a letter written in French by Adelbert Von Chamisso the author of Peter Schlemiel, translated by Peter Wortsman

“I am a Frenchman in Germany and a German in France; a Catholic among the Protestants, Protestant among the Catholics; a philosopher among the religious…, a mundane among the savants, and a pedant to the mundane; Jacobin among the aristocrats, and to the democrats a nobleman, a man of the ancient Regime…Nowhere am I at home…!”

My dear Chamisso; you are my HOME and I am your HOME! You see, we both have a HOME!!
Posted by Ezzat Goushegir at 6:31 PM No comments:

"My dear Theo, I genuinely want to be cheerful!!"

I am silver and exact. I have no preconceptions.
What ever you see I swallow immediately
Just as it is, unmisted by love or dislike.
I am not cruel, only truthful---
The eye of a little god, four-cornered.
Most of the time I meditate on the opposite wall.
It is pink, with speckles. I have looked at it so long
I think it is a part of my heart. But it flickers.
Faces and darkness separate us over and over.
Now I am a lake. A woman bends over me,
Searching my reaches for what she really is.
Then she turns to those liars, the candles or the moon.
I see her back, and reflect it faithfully.
She rewards me with tears and an agitation of hands.
I am important to her. She comes and goes.
Each morning it is her face that replaces the darkness.
In me she has drowned a young girl, and in me an old woman
Rises toward her day after day, like a terrible fish.
Posted by Ezzat Goushegir at 3:04 PM No comments:

The Rape of Mesopotamia


The Rape of Mesopotamia: Behind the Looting of the Iraq Museum
By Lawrence Rothfiels

"Behind the Looting of the Iraq Museum lies a tale, told with brutal candour by Lawrence Rothfield, of gut-wrenching negligence and astonishing incompetence by American (and British) politicians and military leaders, and of their disastrous outcome. Read More...

"Rothfield's grim study is an odd twist on the Powell doctrine of Iraq as a Pottery Barn: "You break it, you've bought it." In Baghdad, the National Museum of Iraq was sacked. Replacement objects underground were diverted to illegal dealers who were as chillingly efficient as U.S. bureaucrats were inept.

Any good news in Rothfield's chronicle comes after this book was finished. A U.S. invasion of art-rich Iran, the next Pottery Barn, seems unlikely under President Obama, so history won't risk repeating itself just yet." Read More....
Posted by Ezzat Goushegir at 1:36 PM No comments:

Memories of Past & Present: Farhad & Namjoo

Today a friend sent me Farhad's album and it revived memories of the past, Which clenched my heart!
Listen to Mirror and Avar!

Now Mohsen Namjoo has become a memory in present...
Watch and listen to Zolf Bar Bad Madeh and Adad Bedeh!

Bahman Ghobadi's recent film No One Knows About Persian Cats is a depiction of Iran's current atmosphere of rebellious underground young musicians in Iran! This film won a Special Jury award in 2009 Cannes Film Festival!
Posted by Ezzat Goushegir at 12:09 PM No comments:

Remembering the Horrible Memories of WAR! 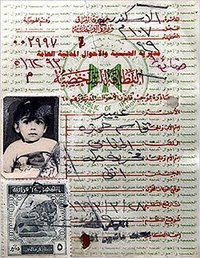 Abeer Qasim Hamza al-Janabi an Iraqi girl was 14 when she was Gang-raped, then killed and burned by three American soldiers in 2006.

Steven Green, 24, former U.S. soldier was found guilty and sentenced to life in prison by the jury on Thursday.
"...That court decision is a crime -- almost worse than the soldier's crime," said Raad Yusuf, the girl's uncle, from his house on a farm near Mahmudiah.
Read Daily Kos' article on the discussion about Abeer's page in Wikipedia. And watch a trailer of the movie Redacted by Brian De Palma based on this true story.
Posted by Ezzat Goushegir at 10:42 PM No comments:

Respect for the Constitution

That speech and the national debate it will spark in the weeks ahead wouldn't be happening without you.

Without your energy, your commitment to principle, and your determination to keep America safe and free, there would be no national conversation about ending policies and practices that defy the Constitution and undermine the rule of law.

We were pleased to hear President Obama speak so movingly about respect for the Constitution, about the critical importance of due process, and about the horrible violation of American values that torture represents.

We do, however, strongly disagree with the president that modifying Bush-era military commissions can solve their basic injustice. Any system designed to produce a pre-ordained outcome -- rather than a free and fair trial -- is irreparably unjust.

Furthermore, creating a system of indefinite detention -- holding detainees for years without facing charges -- is a fundamental violation of the Constitution.

In the debate the president set in motion today, you can count on the ACLU to hold firm in defense of core principles. With you by our side, we will keep working to totally dismantle the Bush system of injustice and to create an America we can be proud of again. 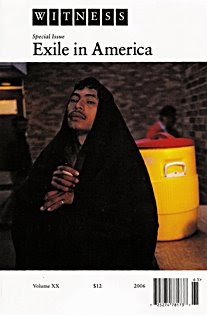 My play Medea Was Born in Fallujah in Witness.
Posted by Ezzat Goushegir at 9:49 AM No comments:

A Poem by an African Child

Peter Schlemiel, A Man Who Sold His Shadow 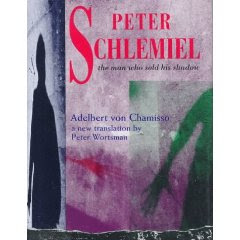 This book is inexpressibly valuable to me! It's unexpectedly exceptional. I read it with immense pleasure and pain, and I found it enormously relevant to today’s world. Here is an excerpt of the book:

Following a moment of silence, the man in the gray coat once again spoke up. “For the short while during which I enjoyed the pleasure of your proximity, I was struck several times—Please permit me to remark upon –with inexpressible admiration for the lovely, lovely shadow you cast, that shadow you fling to the ground with a certain noble disdain and without the least notice, that lovely shadow lying even now at your feet. I wonder if you might possibly consider parting with it—I mean, selling it to me.”
Posted by Ezzat Goushegir at 8:19 PM 2 comments:

If every little thing is very great, there will be no place left to go when something is really great!
Joel Simpson
Posted by Ezzat Goushegir at 12:26 AM No comments:

Fractal or Fractale....
This is for you, in the memory of you...you, who do not live in this world any more!
Where are you now?
Posted by Ezzat Goushegir at 12:43 AM No comments:

My president, do you remember Zapata?
Posted by Ezzat Goushegir at 2:14 AM No comments:

Because Freedom Can't Protect Itself

Hours ago, the Obama administration disappointingly reversed its promise to make public photos depicting detainee abuse by U.S. personnel overseas. The Department of Defense recently told a federal judge that it would release a “substantial number” of photos in response to a court ruling in an ACLU Freedom of Information Act lawsuit.

There is no doubt that these photos would be disturbing. The day we are no longer upset by such repugnant acts would be a sad one. But, the outrage related to these photos shouldn’t be about their release. It should be about the horrific crimes that they depict. And, we must demand accountability for the widespread abuse they document.

The very fact that these photos exist only underscores the need for accountability and for a full investigation of crimes committed. As President Obama said on his first full day in office, “A democracy requires accountability, and accountability requires transparency.”

Tell President Obama you support transparency and accountability at the highest levels of government.

The ACLU pressed for the recent release of the long-secret Bush torture memos and is now calling for the release of the abuse photos because -- as painful as it is -- confronting the evidence of what was done is essential if we are to live by the law.

Those who turned a blind eye to abuse and those who put the despicable U.S. torture program in place had no right to ignore the rule of law.

And, no matter how hard some might try to turn us away from the facts, we also have no right to ignore the rule of law. We have to call to account those who did this and follow the evidence wherever it leads.

Please take a few moments to tell President Obama that you support transparency and accountability.

Sooner or later, these photos will come to light. And when they do, you and I will be heartbroken and sick to our stomachs to see so vividly what the U.S. torture program entailed.

But, the real heartbreak -- the real betrayal of our values and principles -- would come if we denied our moral and legal responsibility to bring to account those who involved our country in torture so horrid that we hesitate to even look it in the eye.

The President is listening to and weighing carefully the advice of those in his administration on these issues. But he also needs to hear from concerned citizens like you.

The debate about the release of these photos will continue in the courts, and the ACLU will be there to argue for transparency and to insist that a democracy thrives on the free flow of information.

I urge you to act on your deepest beliefs about what kind of country we are. Join the ACLU in calling on President Obama to put the full weight of his leadership behind our call for transparency and accountability.

P.S. We’re talking about issues of fundamental importance to our core beliefs. Please share this email with as many people as possib
Posted by Ezzat Goushegir at 9:10 PM No comments:

Recently as I read the deadly attacks in Afghanistan and Pakistan, a new war in these regions, I whisper to my self: "Even you, Brutus?"

Read Naomi Klein's column from the May 4 edition of The Nation.

A LEXICON OF DISAPPOINTMENT
by Naomi Klein

All is not well in Obamafanland. It's not clear exactly what accounts for the change of mood. Maybe it was the rancid smell emanating from Treasury's latest bank bailout. Or the news that the president's chief economic adviser, Larry Summers, earned millions from the very Wall Street banks and hedge funds he is protecting from reregulation now. Or perhaps it began earlier, with Obama's silence during Israel's Gaza attack.

Whatever the last straw, a growing number of Obama enthusiasts are starting to entertain the possibility that their man is not, in fact, going to save the world if we all just hope really hard.

This is a good thing. If the superfan culture that brought Obama to power is going to transform itself into an independent political movement, one fierce enough to produce programs capable of meeting the current crises, we are all going to have to stop hoping and start demanding.

The first stage, however, is to understand fully the awkward in-between space in which many US progressive movements find themselves. To do that, we need a new language, one specific to the Obama moment. Here is a start.

Hopeover. Like a hangover, a hopeover comes from having overindulged in something that felt good at the time but wasn't really all that healthy, leading to feelings of remorse, even shame. It's the political equivalent of the crash after a sugar high. Sample sentence: "When I listened to Obama's economic speech my heart soared. But then, when I tried to tell a friend about his plans for the millions of layoffs and foreclosures, I found myself saying nothing at all. I've got a serious hopeover."Read More in The Nation

Naomi Klein and I in Chicago!
Posted by Ezzat Goushegir at 1:47 PM No comments: