THE DOLL BEHIND THE CURTAIN 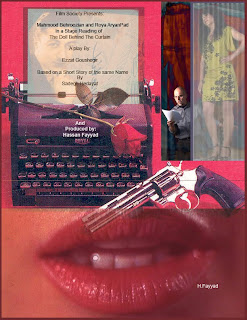 In August 8, I had three plays presented at Film Society in Los Angeles where Hassan Fayyad the founder and artistic director of this cultural organization founded it in 2003. Film Society is a nonprofit, public benefit organization, an educational and cultural institution dedicated to the promotion of World Cinema, theatre, music and poetry reading serving International communities in Los Angeles. 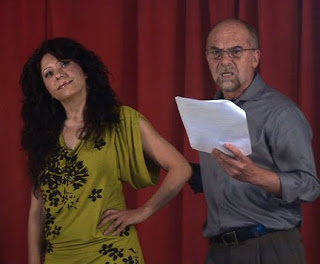 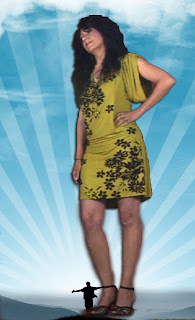 My plays "Bride of Acacias" and "Two Iranian Children" were performed in English and "The Doll Behind the Curtain" was in Persian, directed and acted by Mahmoud Behrouzian and Roya Aryanpad. "The Doll Behind the Curtain" is a play based on a short story by Sadegh Hedayat, the prominent Iranian novelist and fiction writer adapted by me. I wrote this play in 2005 for Sadeq Hedayat's hundred years' birthday celebration. 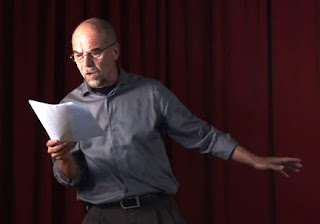 My adaptation of his short story of the same title, emphasizes a young man's fascination for a silent statue behind a boutique’s window in Paris . Infatuated by her mysterious beauty, he pays all his saving to own this soulless mannequin. The play explores the complexity of love, sexuality and intimacy from the perspective of an eccentric man, torn in between tradition and modernity. I changed the ending by empowering the role of women suited well to the reality of today's liberated Iranian women. 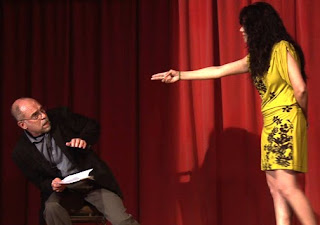 Mahmoud Behrouzian's acting was profound, enormously effective and captivating as well as Roya Aryanpad's memorable presence as the mannequin and the fiance. 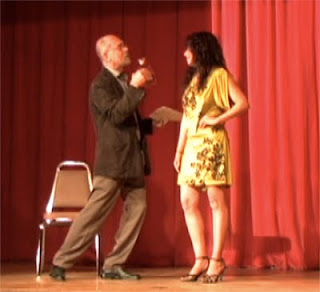 Poster and the pictures are by Hassan Fayyad.
You'll be able to listen to the play in the archive.
SNL DePaul University press also announced the reading in Newsletter.
A report on the program including interviews in VOA. 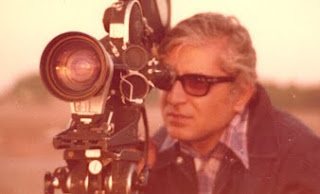 Mr. Fayyad has also taught Cinema and Theatre Arts at UCLA, Oxnard College, and Pacific Art Center. His recent translation: Freedom, Selected Poems of Octavio Paz, was published four years ago in Tehran, Iran and Homesick Blues: Langston Hughes Selected Poems, his latest translation was published last year in Tehran-Iran. In addition, his book: Reflections on Cinema: Essays on Film Aesthetic and Criticism will be published next year in Tehran, Iran. Currently, in addition to teaching, Mr. Fayyad is working on two film projects: Forough Farrokhzad: A Journey Along The Line of Time and Langston Hughes: A Dream Deferred (English version).
Posted by Ezzat Goushegir at 10:47 PM No comments:

Thoughts are free is an old German folk song:

I think what I want, and what delights me,
still always reticent, and as it is suitable.
My wish and desire, no one can deny me
and so it will always be: Thoughts are free!

And if I am thrown into the darkest dungeon,
all this would be futile work,
because my thoughts tear all gates
and walls apart. Thoughts are free!

So I will renounce my sorrows forever,
and never again will torture myself with some fancy ideas.
In one's heart, one can always laugh and joke
and think at the same time: Thoughts are free!

I love wine, and my girl even more,
Only I like her best of all.
I'm not alone with my glass of wine,
my girl is with me: Thoughts are free!
Thoughts are free.
Posted by Ezzat Goushegir at 4:25 PM No comments: 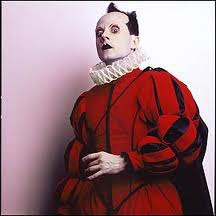 What Power art thou,
Who from below,
Hast made me rise,
Unwillingly and slow,
From beds of everlasting snow!

See'st thou not how stiff,
And wondrous old,
Far unfit to bear the bitter cold. 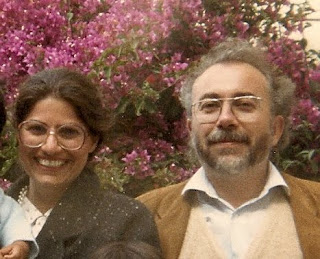 Marc Bloch and I

Dream Within a Dream
By Edgar Allan Poe

Take this kiss upon the brow!
And, in parting from you now,
Thus much let me avow
You are not wrong, who deem
That my days have been a dream;
Yet if hope has flown away
In a night, or in a day,
In a vision, or in none,
Is it therefore the less gone?
All that we see or seem
Is but a dream within a dream.
Posted by Ezzat Goushegir at 11:28 PM No comments: 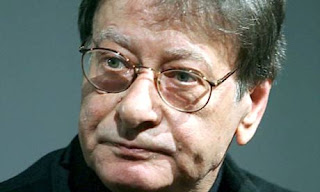 When I read this poem in Belle of Writes, I could not resist not to publish it again.

By Mahmoud Darwish
Posted by Ezzat Goushegir at 1:44 PM No comments:


I attended a talk by Andrew Bacevich on his new book: Washington Rules
"The U.S. spends more on the military than the entire rest of the world combined and maintains 300,000 troops abroad in an “empire of bases,” all part of a credo of global leadership and a consensus that the U.S. must maintain a state of semiwar. The Washington consensus, across administrations dating back to the cold war, is that the world must be organized in alignment with American principles, even if it means using force. Bacevich, with background in the military at the rank of retired army colonel and the perspective afforded by academia, offers a vivid and critical analysis of the assumptions behind the credo of global leadership and eternal military vigilance that has become increasingly expensive and unsustainable." Read more...
Posted by Ezzat Goushegir at 12:49 AM No comments:

Eyes should be washed!

Iran stoning woman offererd asylum by Brazil's president Lula.
He said: "I find myself imagining what would happen if one day there was a country in the world that would stone a man because he was cheating. Nothing justifies the state taking someone's life. Only God gives life and only He should take it away."
Posted by Ezzat Goushegir at 12:17 PM No comments:

My trip to LA revived sparkles of "Le Camion" in me, a fascinating film by Marguerite Duras, where I saw some years ago in Duras Film Festival in Chicago. Mesmerized by the style, enchanted by the content, I saw it two times in two days. I wanted to live every moment of the film. I wanted to be a part of the artistic experience. I wanted to be Marguerite Duras sitting beside Depardieu, reading my own script as the camion was driven by an invisible driver through the French landscape. 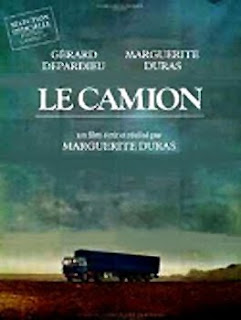 Capsule by Jonathan Rosenbaum
From the Chicago Reader

"One of Marguerite Duras' most radically minimalist features (the title means "The Truck"), this also happens to be one of her best, as well as one of her most accessible. Two kinds of material are intercut: a truck drives through a landscape as Duras reads aloud a script to Gerard Depardieu and replies to his questions about a truck driving through a landscape and picking up a female hitchhiker. Compared to many of this filmmaker's other features, this might be described as Duras without duress; thanks to the skill of the writing and the filmmaking and the charisma of Duras and Depardieu, the expected monotony never entirely settles in because the play between sound and image (including the lovely Beethoven on the sound track) keeps feeding the imagination and the wit and the suggestiveness of the text are both infectious. The film also remains visually fresh throughout; even the shots of Duras and Depardieu with the script never seem purely illustrative." 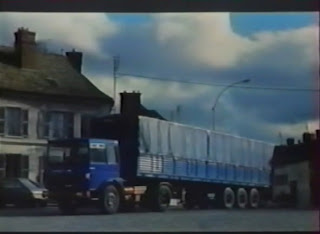 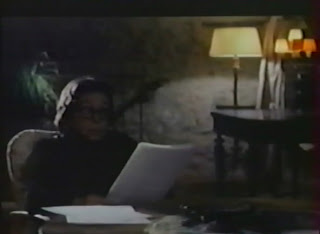 Posted by Ezzat Goushegir at 10:59 PM No comments: 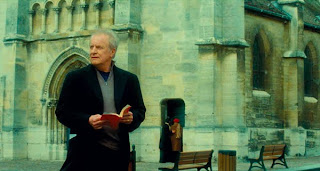 The War is Over, by Alain Resnais.
Posted by Ezzat Goushegir at 10:37 PM No comments: 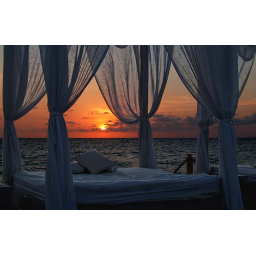 Mohammad Nuri the prominent Iranian national singer, passed away twelve days ago! His memory will be with us forever...
Posted by Ezzat Goushegir at 11:04 PM No comments: