The Return of Political Theatre 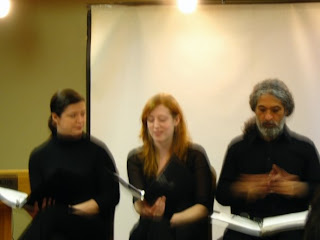 "You are not a Man!" performed by Laura Welsh Berg, Cailtlin McCown and Ario Mashayekhi
in Copernicus Theatre, a part of Epic Players' theatre Festival in Chicago

Political theatre throughout history has always had a considerable influence on public consciousness and enhanced social changes. Economic crisis, war, invasion, the rise of religious fundamentalism, violence, poverty and natural disasters are the dominant subjects of today’s human history. Through the exploration of such universal themes the political theatre is trying to find its flourishing ground once again.
Based on this notion I will conduct a seasonal play reading series at Mess Hall with a meticulous selection of plays written by regional playwrights. The February 28 reading is dedicated to the Middle East.
This season's selection contains of four short plays written by Caryl Churchill, Deb Margolin and myself.

The plays will be directed by me and performed by Cheryl Snodgrass, Laura Welsh Berg and Jeremy Cohn.

The event will take place at Mess Hall on Sunday February 28 at 2: PM
Admission is free.

"Courage is not a man with a gun in his hand. It's knowing you're licked before you begin but you begin anyway and you see it through no matter what. You rarely win, but sometimes you do."
Spoken by Atticus Finch, To Kill a Mockingbird by Harper Lee
Posted by Ezzat Goushegir at 2:36 PM No comments:

A military attack on Iran?

Two nights ago I woke up in the middle of night with a Horrible nightmare. My childhood home was attacked and then invaded! I could see how our sacred iron door was falling apart by the tensity of the violent invaders! My siblings were pale, trembling by fear and malnutrition(Caused by sanctions!!). Everything was gray! When I woke up I couldn't breath!
I opened the window in the freezing night of Chicago just to have some fresh air. The next day Hilary Clinton steps up war of words against Iran emphasizing tougher sanctions on its people!! A woman who fervently claims women's rights, now claims war in the way Brutus speaks!!!

"Julius Caesar was ruling Rome. The conspirators, who included Brutus, were afraid that Caesar was going to become a tyrant, so they killed him. Brutus speaks first to the people of Rome and explains simply why he killed Julius Caesar - "Not that I loved Caesar less, but that I loved Rome more."

Shakespeare had always mentioned the effect of WORDS in his political plays! Violence begets violence Ms Hilary! We all know that Iranian theocratic government is ferociously swallowing its own children. A humane political policy will always work! Don't forget the history of foreign betrayal in Iran!
Posted by Ezzat Goushegir at 9:37 AM 1 comment: 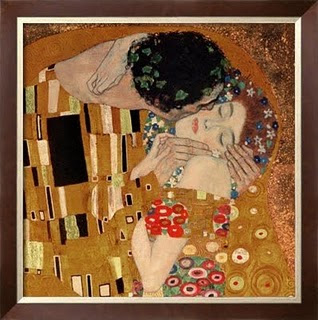 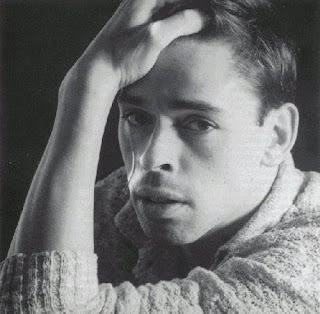 Posted by Ezzat Goushegir at 1:21 AM No comments: 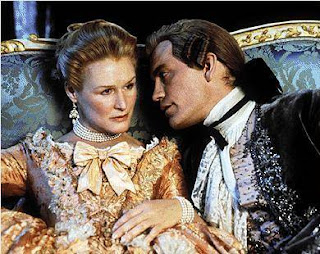 "Les Liaisons dangereuses (Dangerous Liaisons) is a French epistolary novel by Pierre Choderlos de Laclos, first published in four volumes by Durand Neveu from March 23, 1782."
It is the story of the Marquise de Merteuil and the Vicomte de Valmont, two rivals who use sex as a weapon to humiliate and degrade others, all the while enjoying their cruel games.

See excerpts of Dangerous Liaisons. A film based on Christopher Hampton's play. "It's Beyond My Control" is one of the most powerful scenes in the film!
Posted by Ezzat Goushegir at 1:03 AM No comments:

Bill T. Jones "FONDLY DO WE HOPE...FERVENTLY DO WE PRAY"

"At the close of Abraham Lincoln's bicentennial year, BILL MOYERS JOURNAL takes a unique look at our nation's 16th President — through the eyes of critically acclaimed, veteran dance artist Bill T. Jones. In a groundbreaking work of choreography called FONDLY DO WE HOPE...FERVENTLY DO WE PRAY, Jones reimagines a young Lincoln in his formative years through dance. Bill Moyers speaks with Jones about his creative process, his insights into Lincoln, and how dance can give us fresh perspective on America's most-studied president."
Posted by Ezzat Goushegir at 10:17 PM No comments: 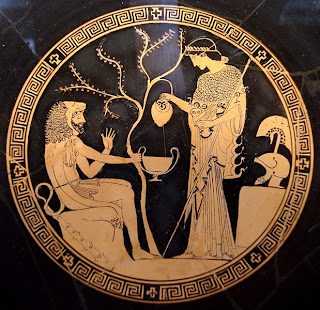 I just finished reading one of my students' autobiography. It brought once again the same old question of Destiny to my mind. The idea that Sophocles had constantly tackled in his plays!
I was surprised of my child-like joy of the happy ending! Or the hopeful journey perhaps!
Posted by Ezzat Goushegir at 5:47 PM No comments:

"At one point in the 1980s, more than 300,000 Afghan mujahedeen — warriors fighting back during the Soviet occupation of Afghanistan — carried CIA-provided weapons. Rep. Charlie Wilson, the brash, controversial Texas Democrat who persuaded Congress to arm them, died this week at the age of 76.

Wilson's activities during the weapons-smuggling project were well documented, first in the book Charlie Wilson's War: The Extraordinary Story of the Largest Covert Operation in History, by 60 Minutes producer George Crile, and then in the 2007 Mike Nichols film Charlie Wilson's War, which starred Tom Hanks as Wilson.

In 2003, both Wilson and Crile sat down with Fresh Air to discuss Wilson's involvement in the CIA-funding weapons project as well as the unintended consequences of supporting the mission."
Listen the interviews in Fresh Air
Posted by Ezzat Goushegir at 4:05 PM No comments: 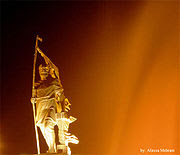 This is an excerpt of a longer email:
"My dear Green friends, I am now even more convince that one must fight and that there is a price to pay for freedom and liberty. On the 22nd of Bahman we will be countless together. I am grateful to all my friends who were worried about me during this time.

Kaveh is alive.... his flag was raised."

"Dictatorship in the name of of religion is the worst kind of dictatorship."

Amnesty International in NYC.
Posted by Ezzat Goushegir at 7:52 PM No comments: 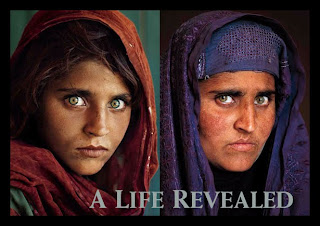 The American Psychiatric Association is considering a plan to do away with the diagnosis of Asperger's Syndrome. Asperger's would disappear and become one of a number of autism spectrum disorders. One psychologist said, "Asperger's means a lot of different things to different people, it's confusing and not terribly useful." Nomi Kaim disagrees. She was diagnosed with Asperger's Syndrome a little over 5 years ago. She says the greatest gift of the term is that it gives her an identity, and helps her make sense of her life.
Listen to The Story
Posted by Ezzat Goushegir at 12:06 PM No comments:

The Autobiography of an Execution 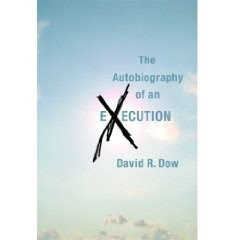 "In an argument against capital punishment, David Dow's capable memoir partially gathers its steam from the emotional toll on all parties involved, especially the overworked legal aid lawyers and their desperate clients. The author, the litigation director of the Texas Defender Service and a professor at the University of Houston Law Center, respects the notion of attorney-client privilege in this handful of real-life legal outcomes, some of them quite tragic, while acknowledging executions are not about the attorneys, but about the victims of murder and sometimes their killers. While trying to maintain a proper balance in his marriage to Katya, a fellow attorney and ballroom dancer, he spells out the maze of legal mumbo-jumbo to get his clients stays or released from confinement in the cases of a hapless Vietnam vet who shot a child, another man who beat his pregnant wife to death and another who killed his wife and children. In the end, Dow's book is a sobering, gripping and candid look into the death penalty." Amazon
Listen to David Dow's interview in Fresh Air
Posted by Ezzat Goushegir at 2:58 PM No comments:

What does it mean to be human in 21st century, the digital age? Watch Digital Nation in Frontline.
Posted by Ezzat Goushegir at 6:03 PM No comments:

Dissident poets speak to the world!

Prominent American poets speak to the world through their poetry at a performance dedicated to the people of Iran. Mamak Khadem, called by the LA Times “one of the wonders of world trance music,” has composed a stunning musical piece for this event.
Posted by Ezzat Goushegir at 1:32 PM No comments:

The mystery of J.D.Salinger...Rebellious until the end of his life! 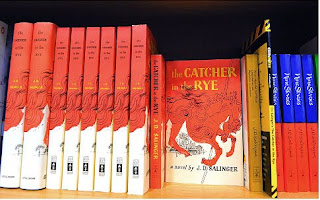 J.D.Salinger the prominent American author, best known for his 1951 novel The Catcher in the Rye, as well as his reclusive nature, died last Wednesday January 29 at the age of 91.
Watch a scene of The Catcher of Rye.
He was rebellious until the end of his life!
Posted by Ezzat Goushegir at 5:37 PM No comments:

Dangers of Unionizing
Iran doesn’t have what we’d recognize as independent labor unions, but it does have labor laws, labor ministries and labor organizations in the workplace. A labor activist from Iran Homayoun Pourzad will talk about the dangers of organizing. He represents the Network of Iranian Labor Unions. The group calls itself an “independent labor organization"…dedicated to providing assistance to Iran’s fledgling trade union movement with…resources, information, and international trade union support.” Listen to the interview
Posted by Ezzat Goushegir at 4:58 PM No comments:

Social thinker and author Jeremy Rifkin’s book "The Empathic Civilization: The Race to Global Consciousness in a World in Crisis" looks at emerging scientific studies that show humans are not naturally aggressive and self-interested, but fundamentally empathetic. Rifkin’s book is a new interpretation of the history of civilization, focusing on the development of human empathy through the present time.
Posted by Ezzat Goushegir at 4:44 PM No comments: