You need power to fight power.
"Someone"
Posted by Ezzat Goushegir at 6:23 PM No comments: 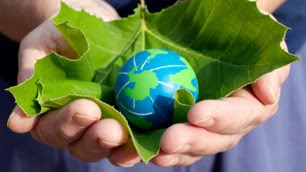 Director Robert Stone concocts an inspiring and hopeful work in Earth Days, a feature documentary that recounts the history of the modern environmental movement from its beginnings nearly four decades ago. Environmental activism really began with the first Earth Day on April 22, 1970, and precipitated an unexpected and galvanizing effect on the national psyche. Told through the eyes of nine very divergent witnesses, including a secretary of the interior, Stewart Udall, who actually cared about the environment; a biologist, Paul Ehrlich; a congressman, Pete McCloskey; and an astronaut, Rusty Schweickart, Earth Days is a visually stunning, globe-spanning chronicle of watershed events and consciousness-changing realizations that prompted a new awareness: the post–World War II American dream of a future world created by scientific progress, new technology, and economic expansion was rapidly changing into a nightmare. More...

Patrick Stewart in Tavis Smiley Show explains what young people can learn from Shakespeare, his affinity for the stage and his feelings about knighthood. His childhood bond with Hamlet reminded me of my son who at the age of nine had read Hamlet nine times.

I was immensely touched by his artistic integrity and witty perception on the concept of theatre and acting, specifically on Shakespeare's plays such as Hamlet and Macbeth...The separation of self and the imaginative double. And... the unity of them. The self and the mask. I tried to listen to his profound and genuine words once again. What I found was his aborted talk on losing hair!
I miss his real self already!
Posted by Ezzat Goushegir at 12:56 AM No comments:

The Boy and The Red Balloon 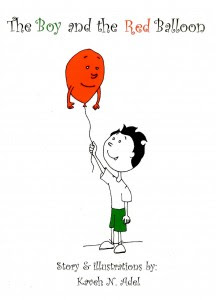 The Boy and The Red Balloon
By Kaveh Adel

“The Boy and the Red Balloon” is a first in a series of children’s books inspired by Kaveh's son, Kian; a bright, happy boy who challenges his parents everyday.

Kaveh states: "My aim with writing and illustrating books, especially children's books, is to simply shed light on the power of our humanity. Nothing is more gratifying to see a child engaged by feeling the emotions that are universal and to hear his or her laughter--to ask a question and maybe even feel a little sadness but to ultimately be uplifted. Our children are capable of feeling and reading our emotions as well!

Find it in your heart to BELIEVE..... in your children's abilities to be geniuses in their own way."
Posted by Ezzat Goushegir at 12:34 AM No comments:

No one contemplated the EARTH with tenderness and cognition!
Posted by Ezzat Goushegir at 10:13 AM No comments:

To my remarkable mother: What am I?
Posted by Ezzat Goushegir at 12:52 AM No comments:

My dear mother, three hours ago I was so faraway from you, yet so close when you closed your eyes forever. It's not easy to say goodbye to you.

Posted by Ezzat Goushegir at 12:49 AM No comments: