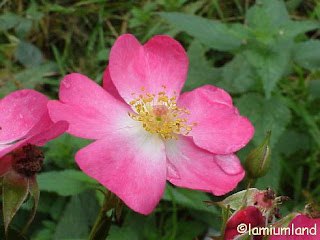 I am trembling with cold—
I want to feel nothing!
But the sky dances with gold—
It orders me to sing.

Osip Mandelstam
Posted by Ezzat Goushegir at 10:00 PM No comments:

Before you celebrate the NEW YEAR tonight, revive your conscience and think about those who died in the treacherous war games!...and ask WHY?

Who was the dead body?

Who was the father or daughter or brother
Or uncle or sister or mother or son
Of the dead and abandoned body?

Was the dead body naked or dressed for a journey?

Dov Khenin, Israeli lawmaker,member of the left-wing Hadash party (a Jewish-Arab party also known as the Democratic Front for Peace and Equality), and Jonathan Ben-Artzi, Israeli conscientious objector, denouncing the bloodiest attack on Gaza Strip. Jonathan also happens to be the nephew of Benjamin Netanyahu.

Read or Listen to Democracy Now
Posted by Ezzat Goushegir at 6:18 PM No comments:

Enjoy it!
Posted by Ezzat Goushegir at 3:06 PM No comments: 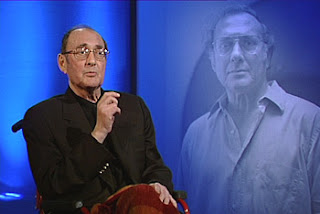 "It's a scintillating stratagem. Language is actually employed to keep thought at bay. The words 'the American people' provide a truly voluptuous cushion of reassurance. You don't need to think. Just lie back on the cushion. The cushion may be suffocating your intelligence and your critical faculties but it's very comfortable. This does not apply of course to the 40 million people living below the poverty line and the 2 million men and women imprisoned in the vast gulag of prisons, which extends across the US." More...

Harold Pinter died at the age of 78

Towards the end of his life, Pinter became, if anything, more politicised. His outrage over the conflict in Iraq saw him attending Stop The War Coalition rallies and denouncing Bush and Blair in his Nobel acceptance speech

Harold Pinter's Nobel Lecture was pre-recorded, and shown on video on 7 December 2005, in Börssalen at the Swedish Academy in Stockholm.
Below, read his full lecture.

In 1958 I wrote the following:
'There are no hard distinctions between what is real and what is unreal, nor between what is true and what is false. A thing is not necessarily either true or false; it can be both true and false.'
I believe that these assertions still make sense and do still apply to the exploration of reality through art. So as a writer I stand by them but as a citizen I cannot. As a citizen I must ask: What is true? What is false?
Truth in drama is forever elusive. You never quite find it but the search for it is compulsive. The search is clearly what drives the endeavour. The search is your task. More often than not you stumble upon the truth in the dark, colliding with it or just glimpsing an image or a shape which seems to correspond to the truth, often without realising that you have done so. But the real truth is that there never is any such thing as one truth to be found in dramatic art. There are many. These truths challenge each other, recoil from each other, reflect each other, ignore each other, tease each other, are blind to each other. Sometimes you feel you have the truth of a moment in your hand, then it slips through your fingers and is lost.
Read more
Read some of his poems.
Posted by Ezzat Goushegir at 10:02 AM No comments:

Picture by the courtesy of "Miya of the Quiet Strength" website

On November 1st, 1991, physics graduate student Lu Gang went on a shooting rampage, killing five and injuring Miya Rodolfo-Sioson before turning the gun on himself. The shooting left Miya paralyzed from the neck down.

I was studying theatre at the University of Iowa at that time. I wrote a play about the event from Lu Gang's perspective entitled "Mad as the Blood Sound", where Miya has a short but strong role in it... I went to see Miya in her house, where she was surrounded by her friends. I talked with her for half an hour...and she said with a profound humane voice : "I'm not angry at him anymore"...She asked me if I can leave my play for her to read ... I left it with her, fearing if the play would revive the painful memory and make her uneasy, disquiet... I walked home...profoundly moved...profoundly touched and effected by her transcendental soul, by her deep understanding of human situation...wanted so urgently to write about her... wanted crucially to remind myself of someone who is not the same as the others...and whose life is an eternal poem of our time...
A few days ago I found out that she has lost her battle with cancer. She touched many lives over the course of her lifetime.

She will be always in our mind.
See the video on Miya Rodolfo- Sioson, the quiet Strength
Posted by Ezzat Goushegir at 4:42 PM No comments:

A Review on My Play: My Name is Inanna 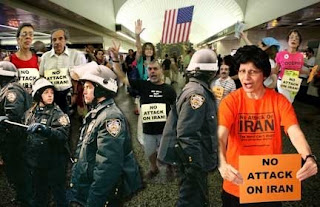 This review was published in Affect:acuity

She was arrested, pushed to the ground, humiliated and taken into custody for attending an anti-war rally? Did she do anything wrong? Nothing. Was she given a phone call? No.

Sitting in silence, Goushegir’s audience listened intently as she read from her one-act play, “My Name is Inanna,” a story not uncommon to middle-eastern people living in the United States. This is one of many stories, Iranian exile, playwright, Ezzat Goushegir was born to tell. 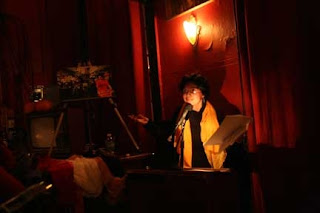 Captive, her audience sits on stools, at the bar, even cross-legged on the floor of the KGB Bar in Noho last night, silently watching Goushegir reveal how a courageous Iranian woman’s sense of self is challenged by American social standards and rules, in a prison and in a beauty store. The mask that her character Inanna wears in the beauty store and in the questioning room is the same, doing what she is told and trying not to cause trouble. These scenes bring to mind the questions: how has Inanna’s life changed in America? Does she truly have more freedom here? The irony of a woman exiled from post-revolutionary Iran only to be arrested at an anti-war demonstration is felt heavily in a room full of 1960’s activists, intellectuals and fellow Iranian exiles. Goushegir goes on to account for the fears that might infect someone’s mind as the clock ticks by and she waits and waits for the police officer to return. 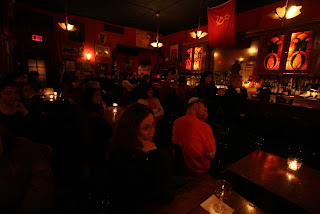 When asked during the question and answer session, Goushegir admitted that the play was based on...Read More

Photos: Joel Simpson
Posted by Ezzat Goushegir at 11:53 AM No comments:

On the Side of Eroticism 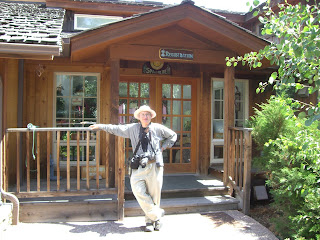 The translation of two reviews on Joel Simpson's photography in Paris

Du côté de l’Erotisme, un musée (On the Side of Eroticism: A Museum)

Once more we discovered and savoured the talent of two incredible artists who have made this venue an indispensable stop for strollers, curiosity-seekers and above all art lovers. Joel Simpson and Lauren Benaim, both of them talented photographers, plunge us into their respective phantasms, without restriction, forgetting our boundaries, our taboos, our inhibitions, opening for us, even just for a moment, the view from behind their lenses.

Advice to longtime fans of the Museum! Run to the fourth floor and let yourself be seduced by this curious American, Joel Simpson, who instead of depicting women dressed in conventional apparel, prefers to cover their bodies in eroded rock, in dry and crevassed wood, or with vegetables and ageless minerals, resulting in living and inanimate bodies exalted by the artist’s fascination for geology and anthropology: he thus manages to create a violent and sensual osmosis of substances. Architecture takes on the stigmata of nudity; photography assumes the allures of Galatea, and in this morphological coitus everything seems integral and indissociable.

The Second Review:
By May Soon from Nouveaux Couples December, 2008, translated by Joel Simpson

Virtual Sculptures: Mineralized women’s bodies, or combining them with architectural monuments, it’s the curious work of an American photographer currently showing in Paris

Joel Simpson has been doing photography since 1961. First he pursued studies in literature, that took him to Lyon, Siena and Berlin, ending up finally teaching in the US. His photography always stayed with him, and in 2002 he declared himself a professional. He has shown his works in New York, New Jersey, Texas and Massachusetts. His “virtual sculpture,” as he calls them, are currently being shown at the Museum of Eroticism of Paris through March 27, 2009.

These body projections, projections of images on women’s bodies, combine his fascination for the female body, geology, paleontology on one hand, and for sculpture and surrealism on the other. The images play with the viewer’s perception, drawing it into a universe that evolves from the believable to the extraordinary.

“I was aiming for a believable result. It’s the miracle of projection: the details of the image become constituent parts of the body....The challenge is to combine the images in such a way that both the projected image and the body are clearly discernible....The resulting illusion is immensely satisfying to me.”

His work divides into three movements: Virtual Sculpture proper: the Rock-Women who evoke prehistoric art although their poses are quite modern; Extraordinary Adornment, impossible images that create “an attractive fiction, like the Leaf-woman, a wink at Magritte”; and finally the Metamorphoses of the Body—the combination [image/body] is impossible and the superimposition of the image upon the forms of the body creates a comic effect. “Humor is an important element in my art. If I can put some in, I’m very satisfied”— “a rather subtle and implicit humor,” he adds.

Humor, sensuality and an emotional quest across time and matter [—this is the thrust of his work.—trans.] Many of his virtual sculptures refer to the relief sculpture of the Venus [called the Vénus 3—trans.] sculpted in the [paleolithic frieze] of the Roc-aux-Sorciers at Angles-sur-l’Anglin (Vienne), that he photographed en 2006, taking care to underscore the aesthetic over the scientific aspect of this discovery. This paleolithic sculpture testifies, for this lover of archaeology and anthropology, to the common intelligence that we share with prehistoric people.

“I’m fascinated by abstract art, since it offers us ways of visually imagining internal emotions.” This encounter between the world projected and the nude body gives visual form to emotions that would otherwise not be seen. The images coming from the outside are in reality re-transcriptions [or rather homologies—trans.] of internal emotions...
What is he working on now? This past summer the artist discovered the Craters of the Moon [National Monument—trans.] in Idaho. Since this revelation he projects images of lava on naked bodies.
Joel Simpson exhibits in the Musée de l’érotisme of Paris.

Open seven days a week until 2 am, the Musée de l’érotisme should not be missed: seven floors of exceptional expositions and unique in France.

It opened its doors in 1977 thanks to two devotees of the history of eroticism of all times. Alain Plumey, the curator, and his friend Jo Khalifa, managed to amass a very substantial collection of art works and craft-object from all over the world. During their farflung travels they brought together a unique collection of objects devoted to sexuality: statuettes dedicated to rites of passage, sculptures from all over Africa, Indian illustrations of the Kama-Sutra. One also finds there extremely rare pieces from the Far East, such as The Pillow-Book...
Posted by Ezzat Goushegir at 9:08 PM No comments:

Dear Claus; You Have Made an Important Film! 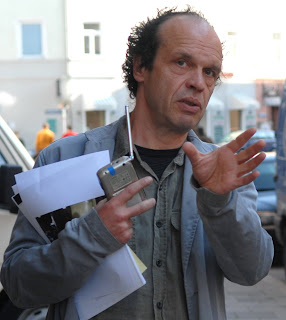