Do you stand for diplomacy or war?

The choice is clear: do you stand fordiplomacy or war?

With all of the recent hopeful signs between the U.S. and Iran, the pro-war crowd will stop at nothing to kill diplomacy so they can start a war.
Last week, Dick Cheney went on TV to call for more sanctions and tell Americans that war with Iran is "inevitable."
Sheldon Adelson, who has given millions to pro-war lobbies and candidates, told an applauding crowd that instead of diplomacy we should nuke Iran.

Posted by Ezzat Goushegir at 12:02 PM No comments:

It's enormously moving!
Posted by Ezzat Goushegir at 12:03 AM No comments:

Yes, is an outstanding film by Sally Potter. 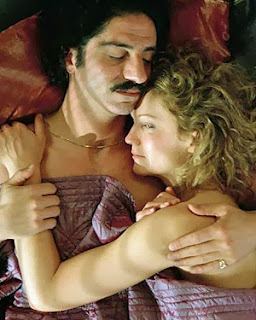 Watch a trailer
Read this review by: Roger Ebert 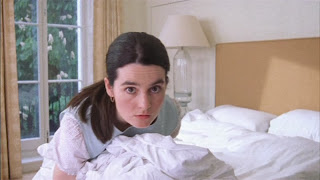 "Sally Potter's "Yes" is a movie unlike any other I have seen or heard. Some critics have treated it as ill-behaved, as if its originality is offensive. Potter's sin has been to make a movie that is artistically mannered and overtly political; how dare she write her dialogue in poetry, provide a dying communist aunt, and end the film in Cuba?"

“Now, about the dialogue. It is written in iambic pentameter, the rhythm scheme of Shakespeare. It is a style poised between poetry and speech; "to be or not to be, that is the question," and another question is, does that sound to you like poetry or prose? To me, it sounds like prose that has been given the elegance and discipline of formal structure. The characters never sound as if they're reciting poetry, and the rhymes, far from sounding forced, sometimes can hardly be heard at all. What the dialogue brings to the film is a certain unstated gravity; it elevates what is being said into a realm of grace and care.” 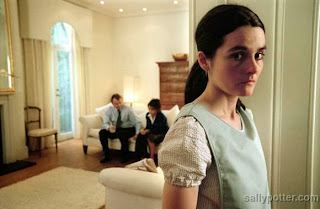 “There is her dying aunt, an unrepentant Marxist who provides us her testament in an interior monologue while she is in a coma. This monologue, and others in the film, are heard while the visuals employ subtle, transient freeze-frames. The aunt concedes that communism has failed, but "what came in its place? A world of greed. A life spent longing for things you don't need." The same point is made by She's housecleaner (Shirley Henderson) and other maids and lavatory attendants seen more briefly. They clean up after us. We move through life shedding a cloud of organic dust, while minute specks of life make their living by nibbling at us. These mites and viruses in their turn cast off their own debris, while elsewhere galaxies are dying; the universe lives by making a mess of itself.”

I’m Not an Exceptionalist! 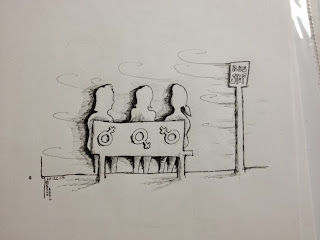 My new play, “I’m Not an Exceptionalist!” will be performed at the AmericanTheatre Company, 10 x 10 Festival.

I’m Not an Exceptionalist! is about an encounter between three women of three different backgrounds in a bus stop. It’s an intersection of commonality and conflicts.

The play raises this question: Why do some marginalized Pink Collar women who would think they could never break out of the pink-collar ghetto, put their hostilities on other races and working class immigrants while they are trapped by the same corporate organizations that exploit and control them? How would they find their common ground?

My most gratitude goes to Kaveh Adel and Azam Houle for reading my script and providing me invaluable suggestions.
Posted by Ezzat Goushegir at 10:24 PM No comments:

A Night with Pure Humanity 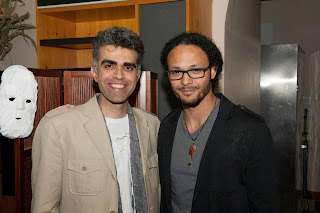 For one night only, on October 19th, an outstanding art exhibition took place at Basil Leaf Café in Chicago, where KavehAdel, cartoonist and artist and Shahrum Yazdani, artist and calligrapher, collaborated “with a common aim of discovering humanity.” Their surrealistic, allegorical, poetic and political images, with excellent use of ink, shadows and light, colors, paint and textiles, created an ambiance for dialogue and fruitful discussions among a diverse audience. 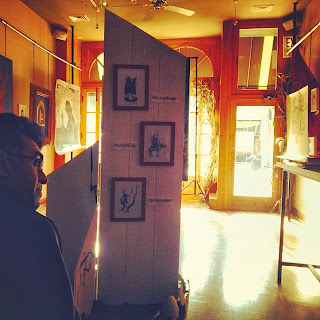 Among many of Kaveh Adel’s art works presented, “Where is My Humanity” is a capturing, and thought provoking collection of three pieces of ink pen, which portray humans lost in emptiness, searching for their essence, body and soul. The collection reminds me of a book Peter Schlemiel: The Man who sold his Shadow by Adelbert Von Chamisso where the main character sells his shadow for an endless amount of wealth. Most of Adel’s multi-dimensional works, like this collection,evoke thoughts and challenges to the moment of surprise and wonder where complexity is in opposition to simplicity. 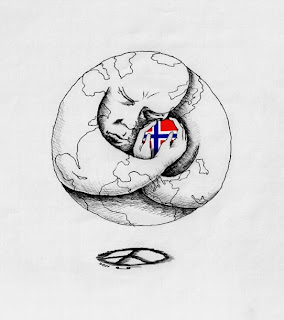 Love for Norway by Kaveh Adel

Yazdani’s art works, diverse in ideas and styles take you to the labyrinth of human soul where tradition and modernity, solid and unsustainable intersect. Red Rose is his brilliant piece! It reminds me of Diego Rivera’s work: Nude with Calla Lilies. This painting with bright red color in contrast with jet black hair, softness of a nude body and vast blue color invites you to the core of a feminine soul where absolute beauty awakens admiration.
The atmosphere of Basil Leaf Cafe and the humanity, support and generosity of the owners of Basil Leaf Cafe , added an enormous significance to the show. 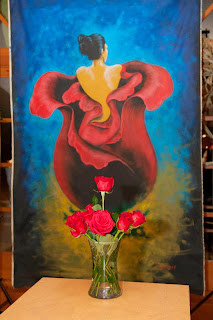 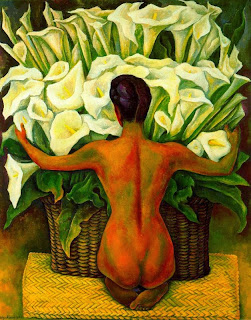 Nude with Calla Lilies by Diego Rivera
Kaveh Adel indicates in a note: “This would not have happened without absolute, unconditional love and support and sacrifice made by our loved ones as well as the generosity, humanity and belief in Art by two kindred souls at Basil Leaf Cafe in Chicago.” 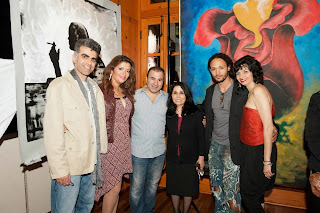 The show was for one important purpose: Humanity!

Posted by Ezzat Goushegir at 7:17 PM No comments: 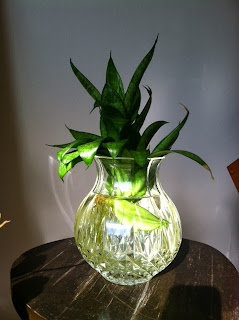 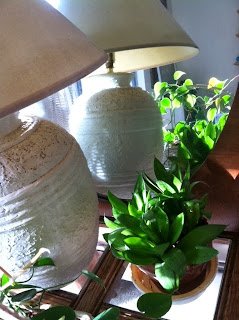 Posted by Ezzat Goushegir at 10:35 AM No comments: 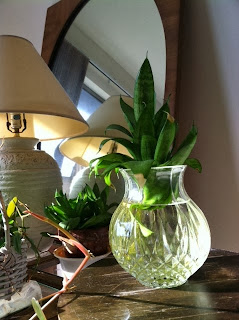 Vase and lamp
by Ezzat G.

Posted by Ezzat Goushegir at 10:33 AM No comments: 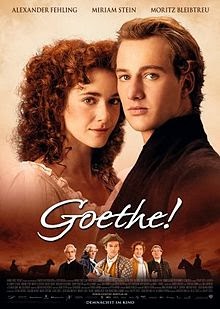 “Germany 1772 - the young and tumultuous Johann Goethe (Alexander Fehling) aspires to be a poet; but after failing his law exams, he is sent by his father (Henry Huebchen) to a sleepy provincial court to mend his ways. Unsure of his talent and eager to prove himself, Goethe soon wins the praise and friendship of his superior Kestner (Moritz Bleibtreu). But then Lotte (Miriam Stein) enters his life and nothing is the same as before. However, the young lovers are unaware that her father has already promised Lotte's hand to another man.” 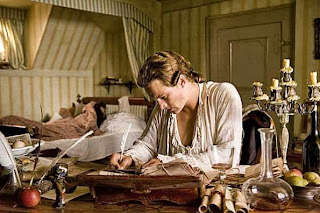 Posted by Ezzat Goushegir at 4:08 PM No comments: