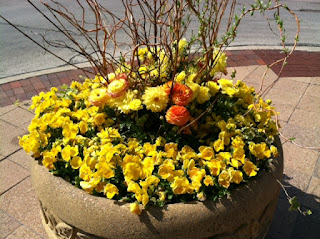 Posted by Ezzat Goushegir at 9:19 PM No comments:

A leaf, grass and sun
By Ezzat Goushegir 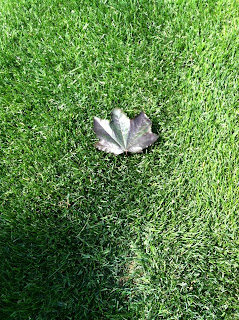 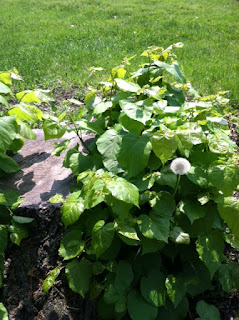 Posted by Ezzat Goushegir at 9:18 PM No comments: 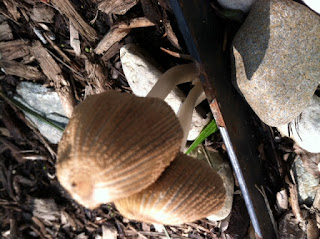 A Mushroom and crushed Cigarette
By Ezzat Goushegir 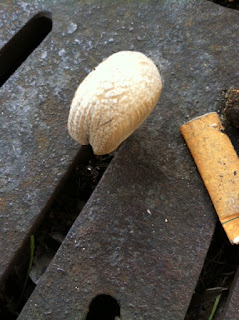 Posted by Ezzat Goushegir at 9:14 PM No comments: 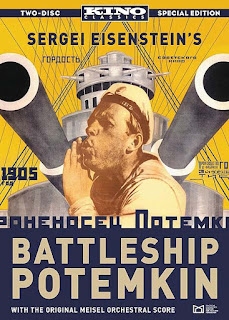 "SERGEI EISENSTEIN'S BATTLESHIP POTEMKIN
With THE Original Meisel Orchestral Score
From the Series "The Year 1905"
Odessa - 1905. Enraged with the deplorable conditions on board the armored cruiser Potemkin, the ship's loyal crew contemplates the unthinkable - mutiny. Seizing control of the Potemkin and raising the red flag of revolution, the sailors' revolt becomes the rallying point for a Russian populace ground under the boot heels of the Czar's Cossacks. When ruthless White Russian cavalry arrives to crush the rebellion on the sandstone Odessa Steps, the most famous and most quoted film sequence in cinema history is born.
For eight decades, Sergei Eisenstein's 1925 masterpiece has remained the most influential silent film of all time. Yet each successive generation has seen BATTLESHIP POTEMKIN subjected to censorship and recutting, its unforgettable power diluted in unauthorized public domain editions from dubious sources. Until now. Kino is proud to join the Deutsche Kinematek in association with Russia's Goskinofilm, the British Film Institute, Bundesfilm Archive Berlin, and the Munich Film Museum in presenting this all new restoration of BATTLESHIP POTEMKIN. Dozens of missing shots have been replaced, and all 146 title cards restored to Eisenstein's specifications. Edmund Meisel's definitive 1926 score, magnificently rendered by the 55-piece Deutches Filmorchestra in 5.1 Stereo Surround, returns Eisenstein's masterwork to a form as close to its creator's bold vision as has been seen since the film's triumphant 1925 Moscow premiere." 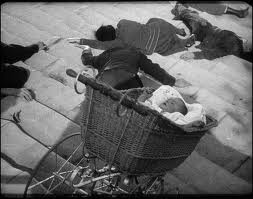 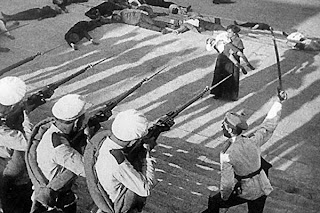 Scenes from the film.

Posted by Ezzat Goushegir at 8:41 PM No comments: 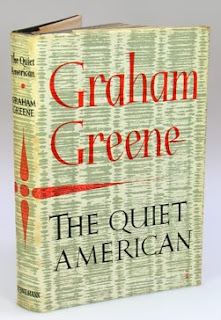 "The Quiet American is an anti-war novel by British author Graham Greene, first published in United Kingdom in 1955 and in the United States in 1956. It was adapted into films in 1958 and 2002. The book draws on Greene's experiences as a war correspondent for The Times and Le Figaro in French Indochina 1951–1954. He was apparently inspired to write The Quiet American in October 1951 while driving back to Saigon from Ben Tre province. He was accompanied by an American aid worker who lectured him about finding a “third force in Vietnam”. 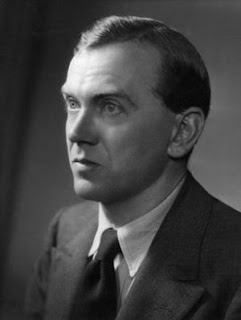 Graham Greene's allegorical novel about America's role in the Vietnam conflict, and how it was perceived by the rest of the world, is brought to the screen for the second time in this adaptation directed by Phillip Noyce. Thomas Fowler (Michael Caine) is a British journalist who in 1952 is covering the early stages of the war in Indo-China for the London Times, not a demanding assignment since few in England are especially interested in the conflict. When not filing occasional reports, Fowler spends his time with Phuong (Do Thi Hai Yen), a beautiful woman who shares lovemaking and opium with Fowler and is willing to accept the fact the married journalist will never make her his wife.

Watch a scene of a movie based on the novel with the same title.

Posted by Ezzat Goushegir at 9:39 PM No comments:

The Art of Observation


Above all the other arts
You, the actor, must conquer
The art of observation
Your training must begin among
The lives of other people.
Make your first school
The place you work in, your home,
The district to which you belong,
The shop, the street the train.
Observe each one you set your eyes upon
Observe the strangers as if they were familiar
And those whom you know as if they were strangers.

Posted by Ezzat Goushegir at 9:08 PM No comments:

A beautiful piece based on Rumi’s poem: Moses and Shepherd, sang by Saeed  Jafar Zadeh (Shepherd) and Soli (Moses)

Shepherd: Tell me then Moses
Who is more bewildered?
You or I?
I do not fear myth or Satan
Nor blasphemy nor faith
Nor flames nor separation
Nor tomorrow nor death
Nor drinking from a cup of wine
I know God better than you
I know you better than God
God is different than you think
God never wants to be God
God doesn’t want to be a playing in your hands
He never wants to inspire fear
Fear Of him I do not have
Fear Of him I do not have
Fear from such thoughts I do not have
Oh God I fear only
To harm another
I do not have quarrel with anyone
Nor does have anyone with me 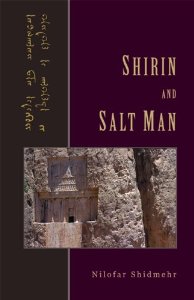 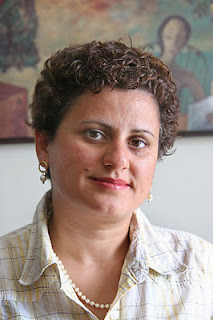 Nilofar Shidmehr was born and raised in Iran, and has lived in Canada since 1997. She holds an MFA degree in creative writing from the University of British Columbia and is currently working on her PhD at the Center for Cross Faculty Inquiry in Education. Her work has been featured in both Iranian and Canadian literary magazines, including Descant, A Room of One’s Own, West Coast Line, Galleon, and the Shahrvand, a widely-read Iranian newspaper published in Toronto and Vancouver.
Posted by Ezzat Goushegir at 8:59 PM No comments: 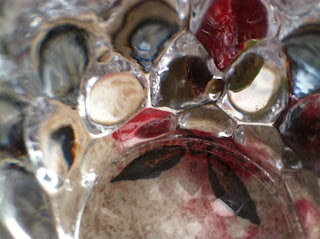 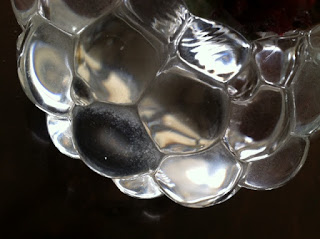 Cactus Fruit (Prickly Pear), hard outside, tender and sweet inside!
By Ezzat Goushegir 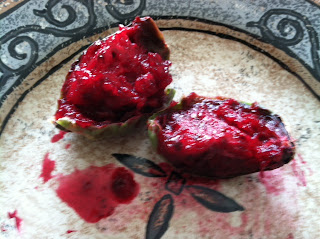 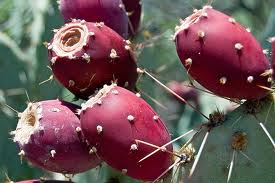 Posted by Ezzat Goushegir at 2:49 PM No comments:

A misty day in Chicago 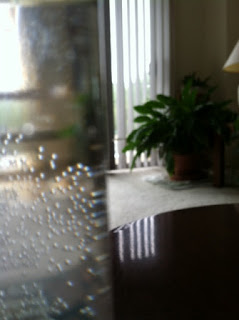 A misty day in Chicago
By Ezzat Goushegir

Posted by Ezzat Goushegir at 1:33 PM No comments: 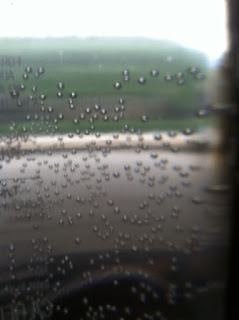 Posted by Ezzat Goushegir at 1:24 PM No comments: 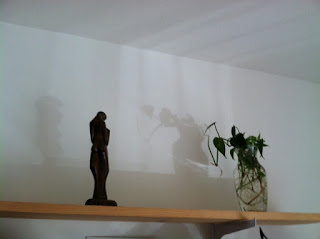 Lovers, shade and the vase (1)
By Ezzat Goushegir 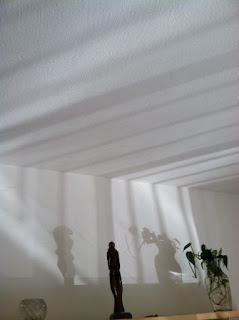 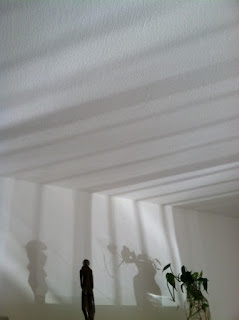 Posted by Ezzat Goushegir at 1:23 PM No comments: 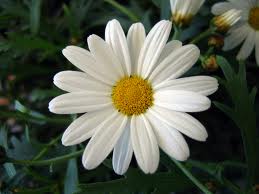 by Jorge Luis Borges
Moments
Translatedby Alastair Reid
If I were able to live my lifeagain,
next time I would try to make more mistakes.
I would not try to be so perfect. I would be more relaxed.
I would be much more foolish than I have been. In fact,
I would take very few things seriously.
I would be much less sanitary.
I would run more risks. I would take more trips,
I would contemplate more sunsets,
I would climb more mountains,
I would swim more rivers.
I would go to more places I have never visited.
I would eat more ice cream and fewer beans.
I would have more real problems, fewer imaginary ones.
I was one of these people who lived prudently
and prolifically every moment of his life.
Certainly I had moments of great happiness:
Don’t let the present slip away.
I was one of those who never went anywhere
without a thermometer, a hot water bottle,
an umbrella, and a parachute.
If I could live over again,
I would go barefoot, beginning
in early spring
and would continue so until the end of autumn.
I would take more turns on the merry-go-round.
I would watch more dawns
And play with more children,
if I once again had a life ahead of me.
But, you see, I am eighty-five
and I know that I am dying. 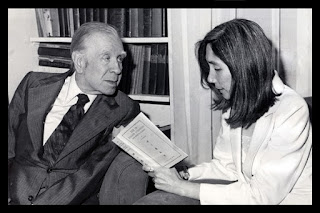 Years later, Don Herold wrote this prose under the influence of Borges' poem:


If I had my life to live over, I would pick more daisies.

If I had my life to live over, I'd dare to make more mistakes next time. I'd relax, I would limber up. I would be sillier than I have been this trip. I would take fewer things seriously. I would take more chances. I would climb more mountains and swim more rivers. I would eat more ice cream and less beans. I would perhaps have more actual troubles, but I'd have fewer imaginary ones.
You see, I'm one of those people who lived sensibly and sanely, hour after hour, day after day. Oh, I've had my moments, and if I had to do it over again, I'd have more of them. In fact, I'd try to have nothing else. Just moments, one after another, instead of living so many years ahead of each day. I've been one of those persons who never goes anywhere without a thermometer, a hot water bottle, a raincoat and a parachute. If I had to do it again, I would travel lighter than I have.
If I had my life to live over, I would start barefoot earlier in the spring and stay that way later in the fall. I would go to more dances. I would ride more merry-go-rounds. I would pick more daisies. 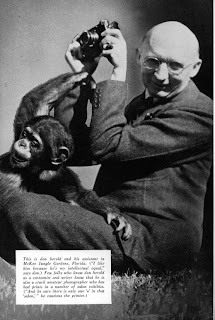 Posted by Ezzat Goushegir at 10:20 AM No comments: