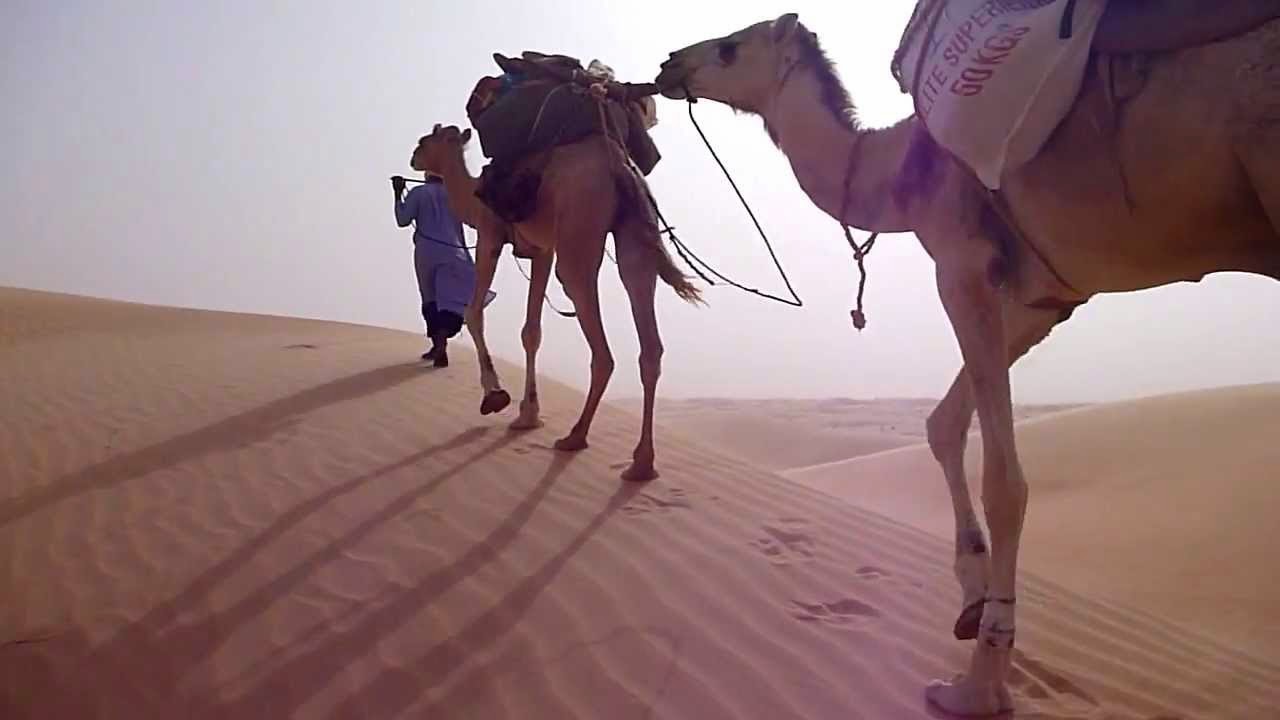 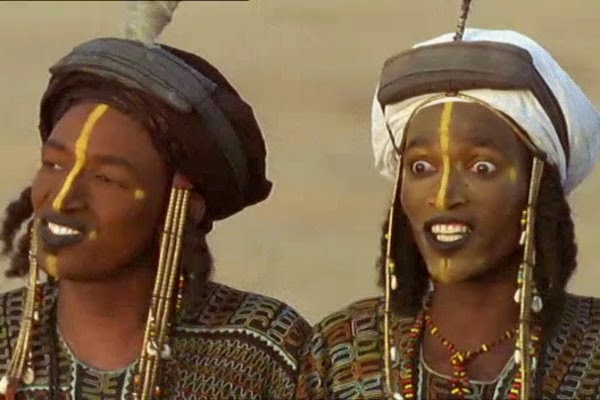 Michael Palin did make it to the mysterious Timbuktu, and this episode opens with views of the famous mosque built of mud. Palin talks to the imam, who shows Palin documents indicating that Muslim scholars had discovered that the Earth circled the Sun at least 100 years before Europeans figured it out.

After this, Palin joins a tribe of Wodaabe nomads on their way to Ingal (in Niger) to participate in the Cure Salée festival. He talks to a young Wodaabe man named Doulla and to Céline, a young French woman who is also following along with the group. The subject of polygamy is again raised, and we see the unusual courting rituals of the Wodaabe. Here the young girls choose the man they would like to try out, while the young men stand in a line dancing and rolling their eyes and looking very feminine (by Western standards) with lots of makeup.

At Tabelot, Palin visits an oasis, where a camel is used to raise water from a deep well using a long rope and a goatskin bucket. Palin visits the home of Omar and his four wives and 15 children. That evening there is a party before the departure of the camel caravan the next day.

The rest of the episode follows Palin as he follows the camel caravan on its way across the Tenere Desert, which the French had called "absolute desert". There is nothing here but sand, sand, and more sand. Finding a tree is cause for celebration. Palin shares conditions with the camel drivers, walking with them and eating their food. He tries to talk to them, but they speak no English or French, and they end up attempting to teach each other their native languages. "Bottoms up" is a favorite expression. After five day,s Palin leaves the camel caravan, to return in the next episode. 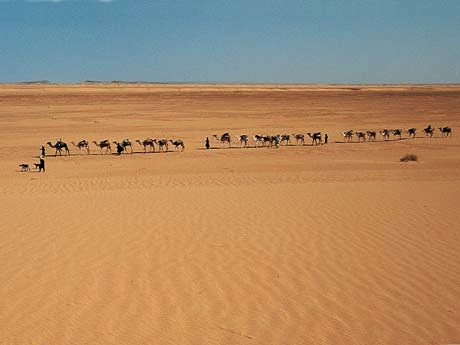 Posted by Ezzat Goushegir at 9:55 PM