Read more
Posted by Ezzat Goushegir at 3:00 PM No comments:

Robert Sapolsky: We’re uniquely violent and compassionate
Humans are on the one hand capable of mass genocide, and on the other hand, great self-sacrifice. Why are we capable of such extremes?
Posted by Ezzat Goushegir at 9:37 AM No comments: 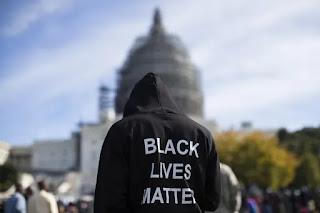 Posted by Ezzat Goushegir at 9:09 AM No comments:

My short story written in 1990
Elizabeth

Albert Camus’s Beautiful Letter of Gratitude to His Childhood Teacher

Albert Camus’s Beautiful Letter of Gratitude to His Childhood Teacher After Winning the Nobel Prize:

When Camus was less than a year old, his father was killed on the battlefield of WWI. He and his older brother were raised by their illiterate, nearly deaf mother and a despotic grandmother, with hardly any prospects for a bright future. In a testament to what happens when education lives up to its highest potential to ennoble the human spirit, a teacher named Louis Germaine saw in young Albert something special and undertook the task of conjuring cohesion and purpose out of the boy — the task of any great mentor. Under his teacher’s wing, Camus came to transcend the dismal cards he had been dealt and began blossoming into his future genius.

19 November 1957
Dear Monsieur Germain,
I let the commotion around me these days subside a bit before speaking to you from the bottom of my heart. I have just been given far too great an honor, one I neither sought nor solicited. But when I heard the news, my first thought, after my mother, was of you. Without you, without the affectionate hand you extended to the small poor child that I was, without your teaching and example, none of all this would have happened. I don’t make too much of this sort of honor. But at least it gives me the opportunity to tell you what you have been and still are for me, and to assure you that your efforts, your work, and the generous heart you put into it still live in one of your little schoolboys who, despite the years, has never stopped being your grateful pupil. I embrace you with all my heart.
Albert Camus

Posted by Ezzat Goushegir at 5:58 PM No comments: