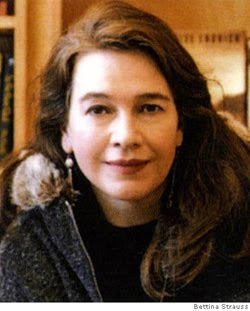 Louise Erdrich has created landscapes from her experience and imagination that become as real to her readers as their own hometowns. For her, it's Argus, North Dakota, a town like the place where she grew up, on the endless Dakota plains. Like many of her characters she was raised Catholic and deeply influenced by a mix of cultures—her mother was French Ojibwe, her father, German-American, and both taught at a school run by the Bureau of Indian Affairs.

Louise went on to become one of the first women to graduate from Dartmouth College. After earning a master's at Johns Hopkins she wrote poetry, while eking out a living as a waitress, lifeguard, and other odd jobs, including teaching poetry in a prison, until she was 30. That's when her first novel "Love Medicine" was published to critical and popular success. She introduced us to several generations of three Native-American clans. And since then she's produced thirteen novels in all, and volumes of poetry and children's books.

But when she's not in her writer's attic, this is where she likes to hang out.
Read and Watch more...
Posted by Ezzat Goushegir at 1:20 AM